August 17, 2012
We started our second day in Italy with a nice breakfast in the hotel.  By 8:00 we were on the bus again.  This time we were on our way to Rome.  This was the city I was looking forward to the most.

The first 90 minutes of the ride was very flat with fields next to the road.  Then it started to get hillier and we drove through many tunnels.  It was very warm and most of the people on the bus were sleeping. I used the time to update my travel journal.  About 12:45 we stopped for lunch and then continued with the drive to Rome. 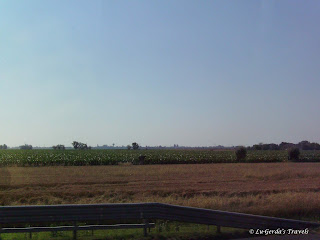 We arrived in Rome about 15:30 in the afternoon.  The first part of the city we saw looked like any city with lots of apartment buildings and residential areas.  We drove pass the Vatican City and our tour guide told us a bit about Rome’s history before the bus dropped us in the city.  Our tour guide then took us on a walking tour of Rome.  In about 2 hours we saw a lot of Rome.  These were some of the highlights:

The Piazza Navona is built on the site of the ancient Stadium of Diocletion where chariot races took place.  The Fountain of the Four Rivers was closed for renovations when we visited but we saw the Fontana di Nettuno (Neptune fountain) and Fontana del Moro (Moor fountain).  We also saw the church of Sant'Agnese in Agone. 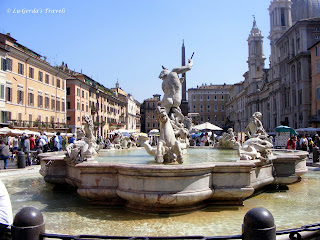 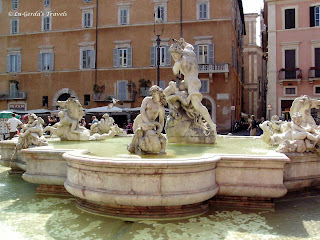 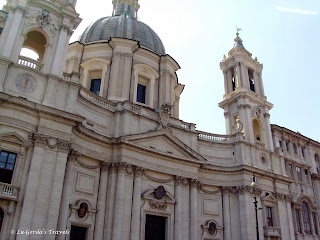 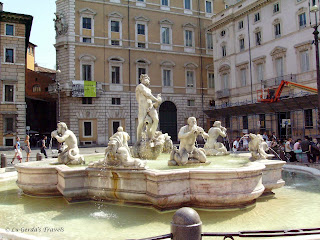 The Pantheon was built in B.C. as a temple to the gods and was saved from destruction when it was turned into a Christian church in 609.  At the top of the dome is an opening, the oculus, which is the source of light.  The front portico has three rows of columns brought from Egypt.  Inside there are several tombs.  It is amazing and unbelievable to think that the building is so old and that they could build the dome without our modern technology. 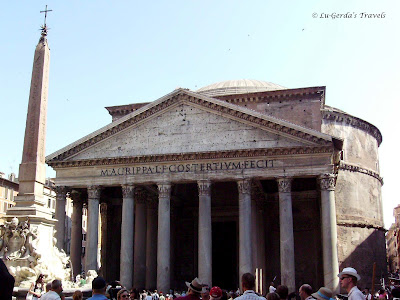 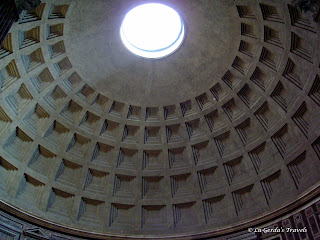 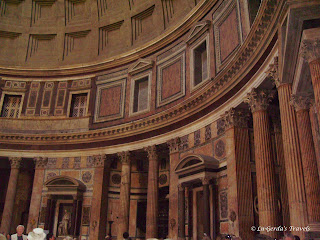 The focus of this square is the Column of Marcus Aurelius with a statue of the emperor on the top.  The residence of the Italian Prime Minister is in this square and there is lots of security around. 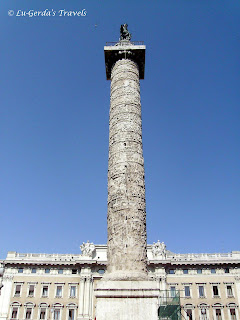 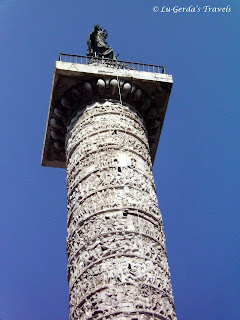 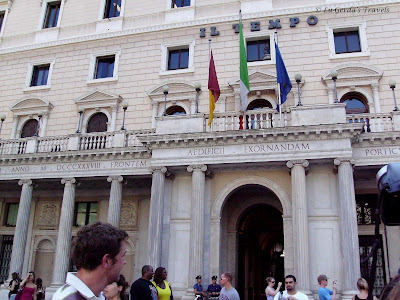