July 06, 2012
We left Amsterdam at about 13:00 on 15 June 2008 and drove to Germany.  Most of the people in the bus were asleep after a late night in Amsterdam.  We drove through Netherlands towards Germany.  The land outside was very flat and green with a lots of farm animals.

Germany was also very green but there were more trees and hills.  It started raining again.  After about 5 hours of driving we reached the Rhein Valley.  It is difficult to describe the beautiful river with vineyards on the slopes.  These vineyards has to be farmed by hand because the slopes are to steep for equipment to be used. 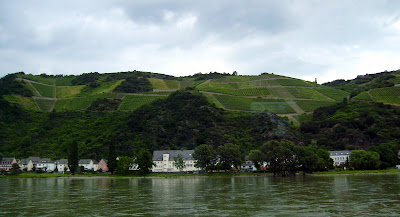 During the Second World War Hitler and England had an agreement that no castles may be bombed.  To protect the bridges in Germany they were built to look like castles and the bomber planes did not bomb the bridges.  Because of this there are lots of old bridges still standing in Germany and they are beautiful. 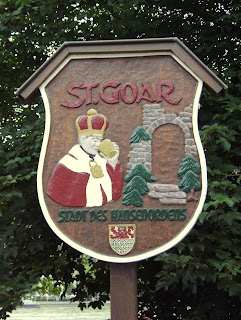 We arrived at Hotel Montag in St Goar Germany at about 18:45.  It is a small town next to the Rhein River.  We had a lovely room with a view of the river and Rheinfels Castle. 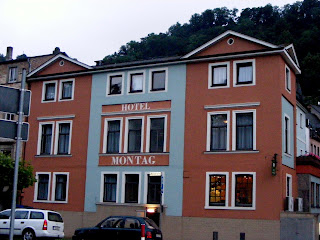 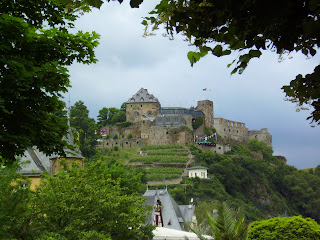 At 19:15 we had dinner in the hotel and an hour later we walked to Weingut Scloss Reinfels for a wine tasting in a medieval wine-vault that dates back to the 12th century.  We tasted 4 different wines and then also tried the very sweet icewine.  The grapes used to make icewine are harvested after they were frozen on the vine. 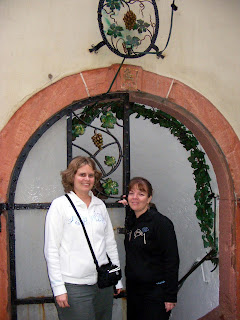 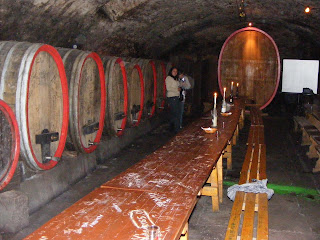 We went for a walk through the town and next to the Rhine River.  St Goar is home to the largest free hanging Cuckoo Clock in the world.  The houses are not so close together as in Amsterdam.  It is peaceful and quiet outside and we walked next to pretty houses and the river for a while before heading back to the hotel. 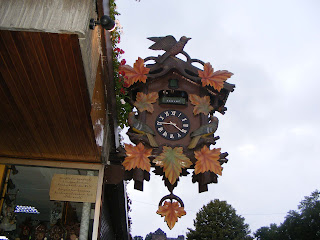 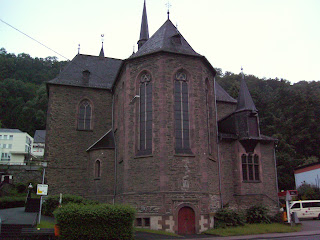 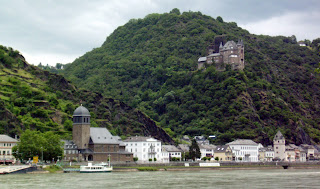 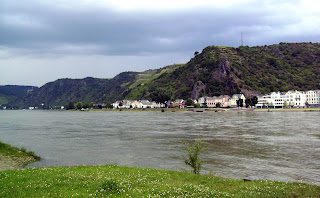 Back at the hotel we went for a drink in the bar and watched some football.  At about 22:50 we went to our room.  Just when we were getting ready to go to bed we heard a noise outside.  There was a firework display at the Rheinfels Castle.  We sat in the window and enjoyed the fireworks. Then it was time to sleep after a very long and busy day.