June 15, 2012
I have been thinking back to my first trip oversees to Europe.  It is almost exactly 4 year ago that we boarded a plane ready to explore the unknown.  I will start at the beginning...

Early in 2008 my friend Lelanie and I decide we wanted to visit Europe.  Both of us wanted to do this for a long time.  I did not want to go alone and finding the right travel partner can be tricky.  We started talking about going on a tour and next thing I knew our plane tickets and contiki tour was booked.

We left Mossel Bay early on Thursday 12 June 2008 with a bus to Cape Town.  It was a 5-hour bus ride.  A friend picked us up and took us to the Tygervalley shopping center.  We had a few hours before our flight.  We watched a movie and ate some food before leaving for the airport.  My brother Erik came to the airport to see us off. 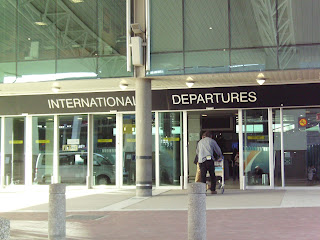 Our flight left at 18:10 from Cape Town to Dubai.  It was the first time we left South Africa and also my first time in an airplane.  I was nervous but very excited.  We had seats next to each other.  The flight was long (about 9 hours) and I could not sleep.  We had some turbulence.  We arrived in Dubai at 5:40 (3:40 South Africa)

Dubai airport is huge and modern.  There are a lot of shops and people.  Although there are a lot of chairs most people were sleeping on the ground.  We went looking for our gate and then waited about 2 hours for the next flight. 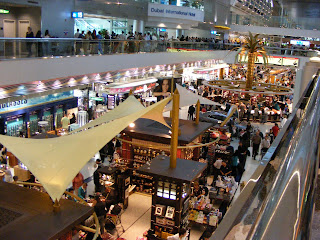 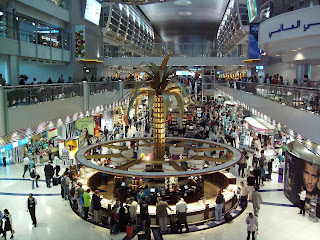 On 13 June 2008 we were supposed to leave 7:45 from Dubai. We departed late to London because somebody did not board and his/her luggage had to be removed.  The flight was all right but I was tired from sitting.  This time Lelanie and I were not sitting together for the 7-hour flight.  We had to fly in a circle above London for almost 30 minutes to wait for a landing spot.  This was not fun. 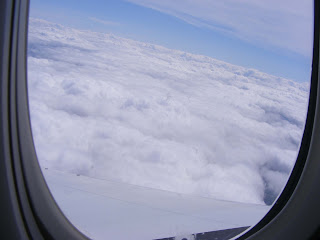 We went through passport control and got our bags.  We went to the bathroom and I was watching our bags when Pamela Anderson came out.  At first I was not sure if it was her or just somebody who looks like her.  After she left the attendant in the bathroom asked me if I recognized Pamela.  Only then did I realize it really was Pamela Anderson.

We went to a ticket office and bought a tube ticket to Russel Square.  The contiki tour departs from the Royal National Hotel and included package was a night in the hotel.  We got on the train and it was so easy.  There was a map inside to follow the stops we pass as well as an announcement at each stop.  I think it took about an hour from the airport to Russel Square.

We walked to the hotel.  This was the most difficult part of the trip because although we had a map we weren’t sure if we had to go left or right.  We found the hotel and went to the Contiki basement to check into our room.  When we left SA there was two Cape Town girls in the row before us, Danny & Maxine.  They were doing the same tour as us and we saw the again at the contiki basement. 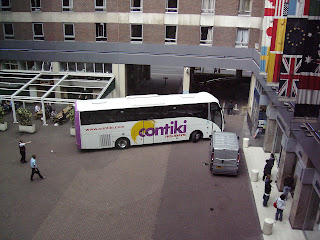 We went to our room and went for a walk before meeting out tour guide at 18:00.  After the
meeting we went to a shop for food and at about 19:00 we went to bed.  We were very tired because we had almost no sleep since leaving Mossel Bay the previous morning.
Europe 2008