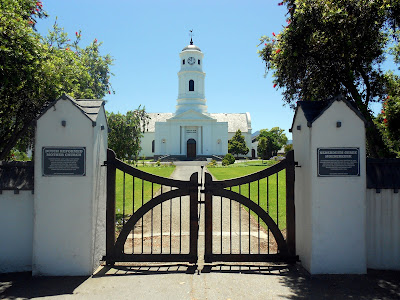 One of my favourite sights in George is the white Dutch Reformed Mother Church with the beautiful Outeniqua Mountain as background.  I have many memories of visiting this church: On a history class trip when I was about 10, for a art class when I was about 13, for my cousins wedding in 2004, for her baby’s christening a few years later and many other times.  But most of all I like seeing this church every time we drive through town. 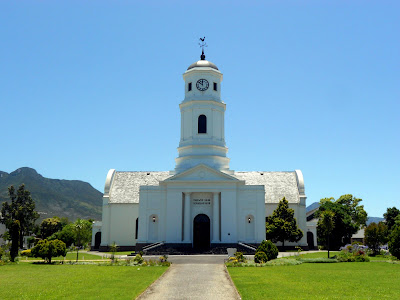 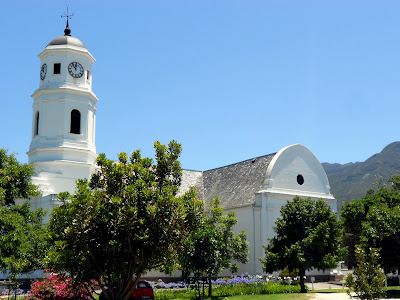 The cornerstone for the church was laid on 14 April 1832.  Slaves were used for some of the building work like the digging of the six-foot deep by five-foot wide foundations.  Due to financial problems it took 12 years to complete the church and it was consecrated in 9 October 1842.  The church is a National Heritage Site. 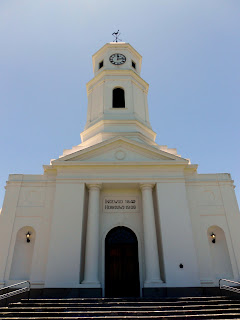 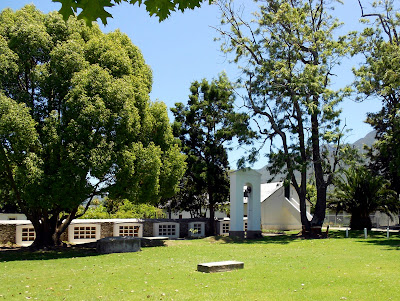 The inside of the church is beautiful with lots of yellowwood but we did not go inside on this visit.  In stead we walk around the church to the back where I have never explored before. 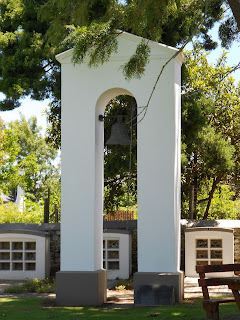 First we saw an old church bell.  The bell was cast in London in 1842 and was used for 62 years until it was damaged during the collapse of the tower in 1905.  It was then donated to another congregation in town and they used in until 1975.  It was then returned to the church and is now a monument. 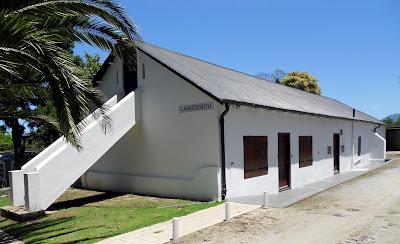 The Langgebou or “Long building” was used as place of worship from 1821 until the church was completed in 1842. 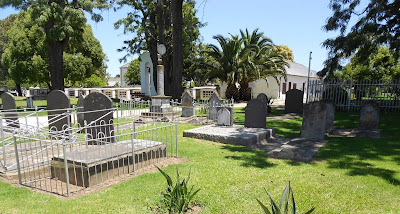 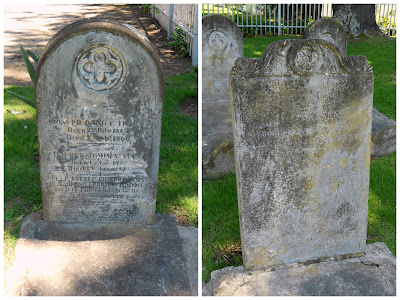 There are also some old graves behind the church.  The names and dates on most have faded away with time.  (We could read that some were from the late 1800’s) 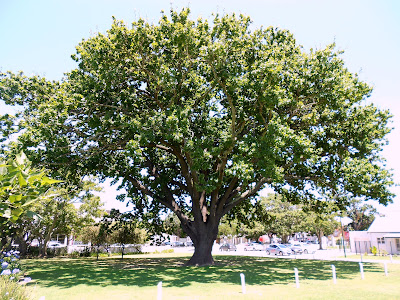 Next to the church is the beautiful parsonage that is now the Oude Pastorie Guest House.  I love the beautiful big old tree in the garden in front of the parsonage.