July 27, 2012
On 17 June 2008 we had an early breakfast and 7:45 we were on the bus ready to go to Austria.  It was raining again and we drove pass lovely snow covered Alps.  When we crossed the border into Austria our tour guide played some music from “The Sound of Music” movie.  We stopped at a lake to take some photos and continued further into Austria. 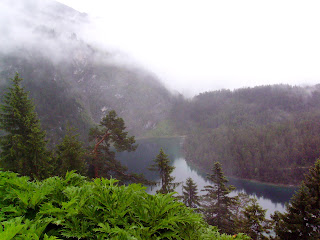 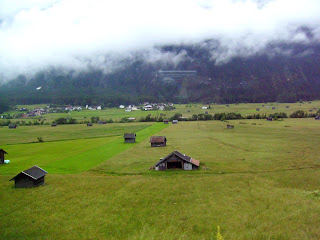 At 10:30 we reached the starting point of the white water rafting excursion.  We decided not to take part because it was raining and cold.  We dropped the people who were going rafting and then drove to the end point.  There was not much to do.  We had some food (Country baguette) and drank an Austrian cool drink called Almdudler while waiting for the rafters. 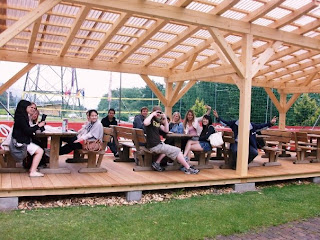 At 13:15 we were on the road again.  Our next stop was at 14:20 at the Swarovski Crystal World.  We went to the museum with its interesting entrance and strange displays.  We saw the largest crystal and the Crystal Wall (11 meters high and 42 meters long full of crystals).  We saw different objects made with crystals and rooms filled with mirrors.  It was a weird but interesting visit.  After the museum we went to the shop and I bought swarovski crystal earrings. 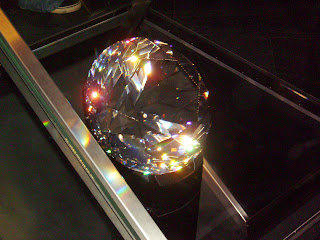 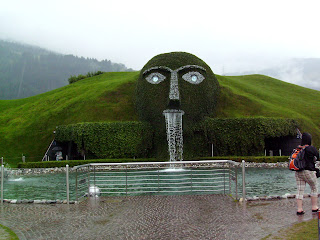 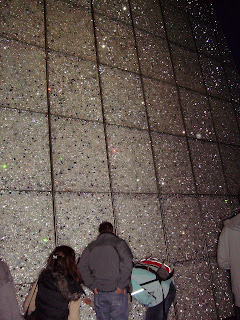 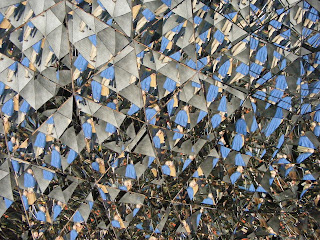 At about 15:45 we left Swarovski and drove to a little town called Hopfgarten I Austria.  We stayed in Haus Lukas we shared the apartment with Danny and Maxine.  We went for a walk in the town.  We bought some food, snacks some souvenirs at a shop.  It was still raining and cold. 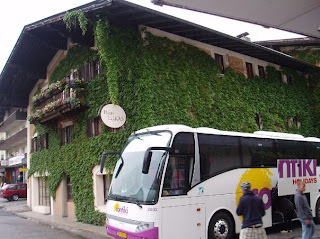 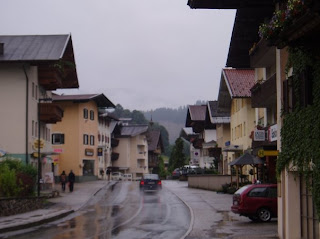 At 18:30 we had dinner at the hotel.  It was very good – goulash soup, turkey schnitzel with potatoes and apple strudel with ice cream.  While we were eating the rain stop and we decided to go for another walk to see a bit of the town.

The town is pretty with a lovely church and graveyard.  There were almost no people in the streets.  Back at the hotel we spend some time with other people on the tour and went to sleep earlier. 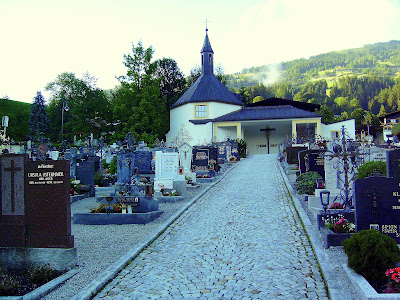 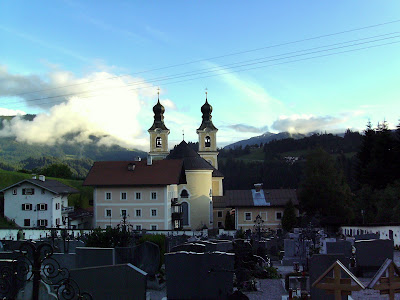 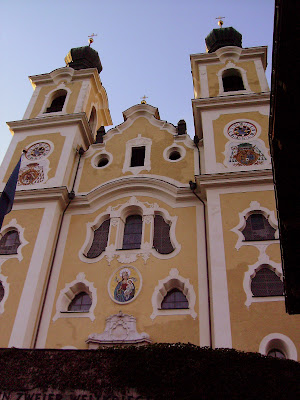 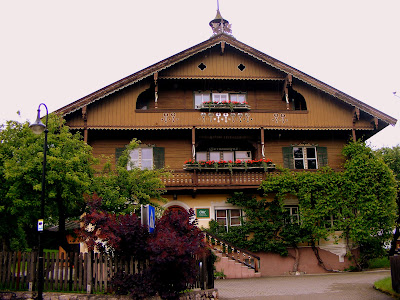 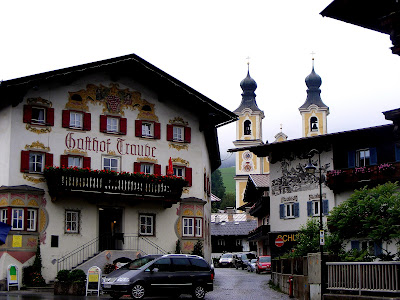