July 20, 2012
After visiting Hofbräuhaus, Max-Joseph-Platz and Odeonsplatz we continued with Mike’s Bike Tour of Munich:

White Rose Memorial
This is a monument for a group of students who formed the “White Rose Movement” and distributed leaflets against the Nazi’s during the Second World War. The members of the group was arrested and executed in 1943. 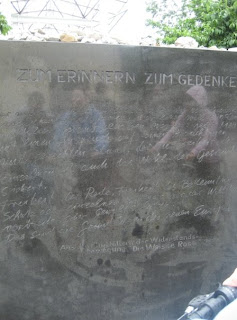 Hofgarten
We then had to go through the Hofgarten.  The garden for the palace was began in 1613 and was completed in 1617.  We were not allowed to ride the bikes through the garden and had to get of and walk.  We walked pass the the hofgartentemple or Temple of Diana. 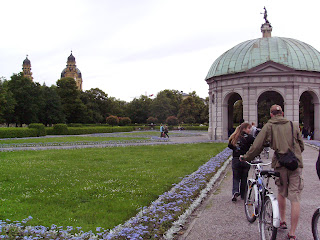 Englischer Garten  & Beer garden
The Englischer Garten is a big park in Munich and in the park is the second largest beer garden in Germany with seets for 8000 people.  We rode our bikes pass the Eisbach or Ice stream with the artificial waterfall and also saw the Chinesisher Turm.  We stopped for a drink and something to eat in the beer garden. 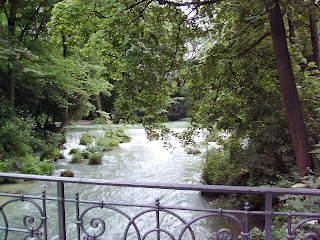 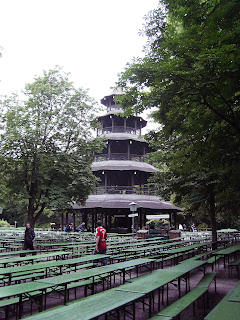 It started raining and we use our rain ponsho’s to keep dry.  On our way back we stopped to see the surfers in the river although there is a sign to forbid surfing and swimming. 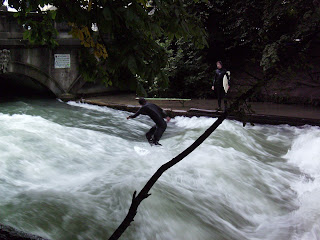 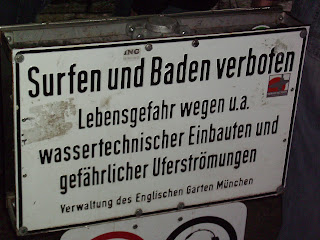 We went back to the office of Mike’s Bike Tour to return the bikes at about 20:00.  We decided to see some more of Munich before returning to the hotel.  First we had to find a bank to get some cash and then we walked to the Marienplatz.

It was very busy because there was a Eurocup football match.  Marienplatz is very pretty.  The main attraction is the New Town Hall or Neues Rathaus built between 1867 and 1909.  We also saw the Mariensäule or Column of St Mary erected in 1638  with a 1590’s statue of the Virgin Mary on the top. ﻿
﻿﻿

We walked pass the Old Town Hall or Altes Rathaus.  It was rebuilt after the Second World War following the original 15th century plans. 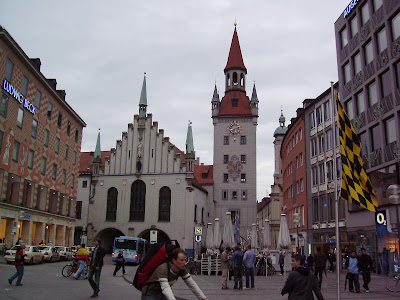 At about 20:30 we went to the Hofbräuhaus for some German beer.  We bought a beer each and received a huge mug with about 1 liter of beer in it.  We joined some people from our tour group and had a nice night.  Later we shared a cab back to the hotel with our tour guide and soon were ready for bed. 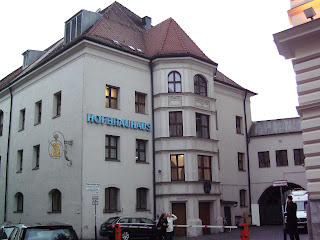 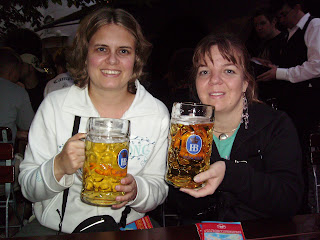