Showing posts from January, 2015
Show all

After our visit to Herbertsdale and Van Wyksdorp we drove back to Mossel Bay via Ladismith .   We only made a quick stop to take a few photos of the church and to buy something cold to drink.   The town was founded in 1852 and is named after Lady Juana Maria Smith, wife of the then Governor of the Cape, Sir Harry Smith. The spelling of the name was changed in 1879 from "Ladysmith" to "Ladismith" to avoid confusion with the town in KwaZulu Natal. The Dutch Reformed Church in Ladismith was established in 1851.  The old church building was built in 1874 and was used for 70 years. This stop in Ladismith was to short. I hope we can go back to explore more.
Post a Comment
Read more 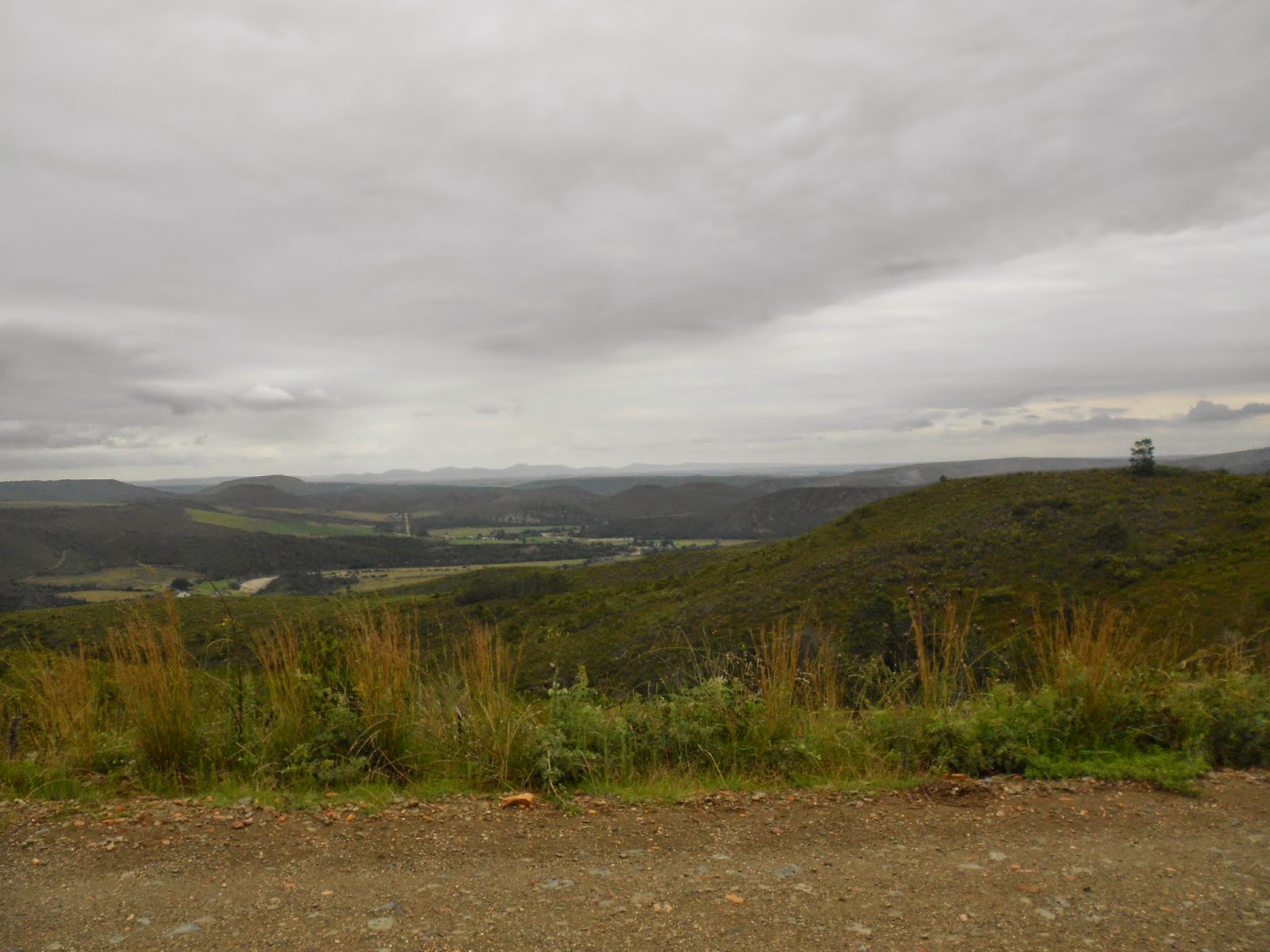 After stopping for some photos of the church in Herbertsdale we decided to follow the road to the next town, Van Wyksdorp.  What we did not realize was that Van Wyksdorp was 81 km away on a gravel road (not always in a great condition) and 2 passes (Cloete and Du Plessis passes).  It took us about 2 hours to get there, with 2 short stops for photos.   (While writing this post I am realize that I did not take photos of the road, pass and bridges along the route.   I am sorry because we will probably not drive them again.) First we stopped for some photos of the view and the second stop was when we saw an obelisk next to the road. The obelisk is a memorial to commander Barend Mattys van Heerden.  He was shot by Piet Matthyse, a murder suspect while Commander van Heerden was tracking him.  (For more information in Afrikaans you can read here ) After a short stop we continued te the town.  Van Wyksdorp  was founded in 1838 on the farm Buffelsfontein as a Dutch
Post a Comment
Read more

I am trying something new for the blog.     I usually write a few posts about each town we visit.     I am going to try to bring the information together in a Travel Guide for each town we visit.     These guides are not complete guides to the towns  because we cannot visit every site or stay/eat at every guesthouse/restaurant.      These are only guides to help you plan your own trip. TRAVEL GUIDE: BEAUFORT WEST How to get there and getting around Beaufort West is easy to find.   The town’s main street (Donkin Street) is the N1 National Road between Johannesburg and Cape Town.   The easiest way to get there is by driving but there are also busses that travel through the town. To explore the town we drove to the main road, parked and then walked to most of the sights.   Places to stay Beaufort West has a lot of places to stay.   Most of them are in the main road.   We decided on the Die Herehuis guesthouse in a quieter street since we were stay
Post a Comment
Location: Beaufort West, South Africa
Read more 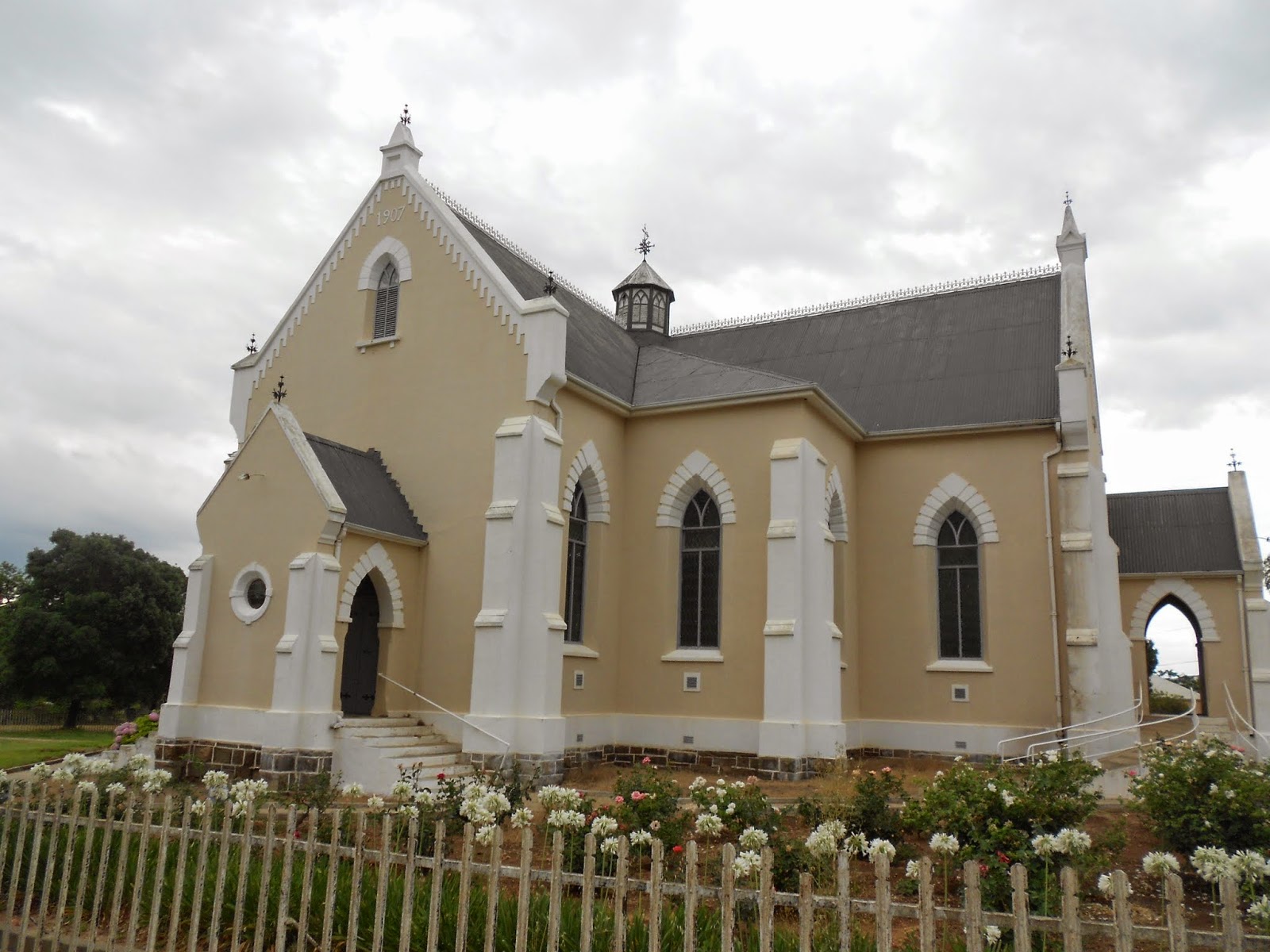 I can not believe that the time flies so fast. We are again in the middle of January. I have neglected the blog in 2014 (Only 2 posts). I hope that there will be more time to travel and more blog posts in 2015. Here is a summary of the things that happened in my 2014 year: I actually have to start at the end of 2013. In November 2013 w e found out   I was pregnant and was very excited. In December, however, I encountered some problems and was placed  on bed rest  for 3 weeks . So our plans for a Christmas break in Cape Town was cancelled and we had a quiet time had at home. The 2014 year started good.  I was feeling better and we even went on a day trip to Herbertsdale and Van Wyksdorp.   January 2014 - Van Wyksdorp NG Church February and March were quiet months. We started to prepare the baby's room. We also fixed the apartment at our house to rent out. But during this time my husband started suffering from a sore and stiff upper body, especially his shoulder an
Post a Comment
Read more
More posts