I was very excited to visit St Mark’s Cathedral in George.  I have passed this building in my hometown hundreds of times but have never even entered the gate.  And I knew very little about this cathedral’s history.  Then in 2012 H and I started to visit churches designed by Sophy Gray.  When I learned that St Mark’s was one of them I really wanted to visit .


We went for a walk to explore some of George’s old buildings in January this year.  (Read more here, here and here)  The church ground was open when we reached it, but visiting hours for the inside was over.  So we will have to do that on another day. 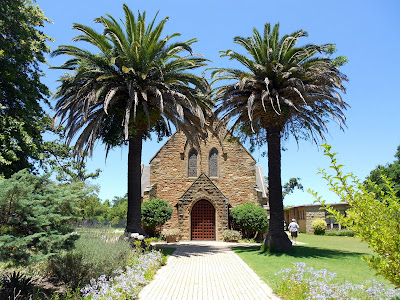 George was one of the towns where the government placed a Colonial Chaplain for the English community.  He used the Dutch Reformed church for services but in 1848 collections were started to build a church.  In February 1848 Bishop Gray arrived in the Cape.  His wife Sophy laid the foundation stone on 23 October 1849 and Bishop Gray consecrated it on 7 December 1850. Since then lots of additions were made.  The porch was added in about 1908, the South transept in 1934, North transept and Lady Chapel in 1954.

Sophy’s plans for St Mark’s were based on Littlemore Church, near Oxford in England, designed by Henry Jones Underwood. 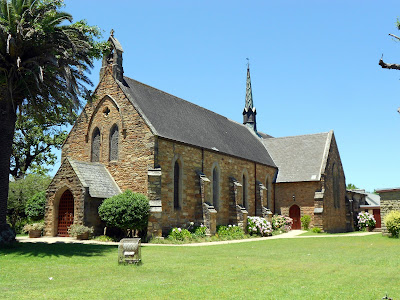 Three stonemasons were used to build the church and it was completed in 13 months.  They used large blocks of red-brown stone that had to be quarried from a farm some distance away. 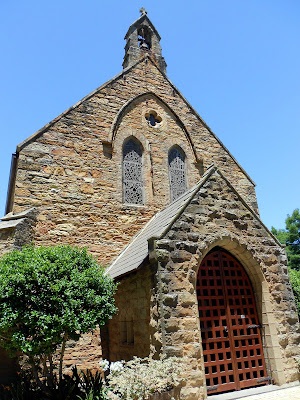 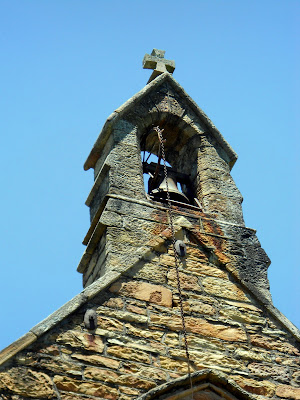 We walked around the church and found a small cemetery at the back.  There are some old and interesting graves. 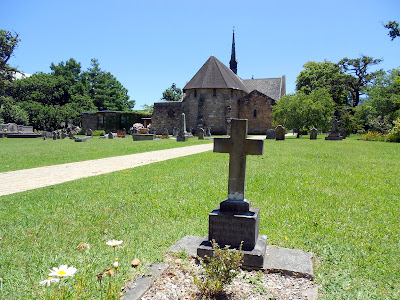 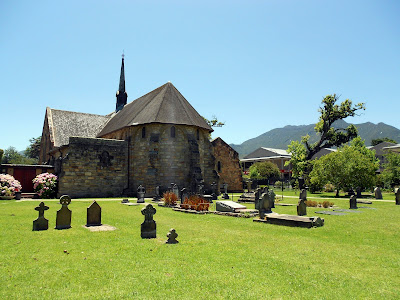 This is the memorial:  “Sacred to the Memory of Major HD Warden, Late British Resident of the Orange River, Sovereignty and Founder of Bloemfontein who died on the 2nd December 1856


Then there was this grave.  The inscription was very difficult to read. I think is reads “In Memory of Henry Fancourt White who died at Blanco on the 6th of October 1866” and “Builder of the Montagu Pass and Founder of Blanco”


I used information from “The Bishop’s Churches” by Desmond Martin
and the website of St Mark’s Cathedral (http://www.stmarkscathedral.co.za)
All photos are by me