A walk in George

May 25, 2013
In January this year H and I went for a walk in my hometown, George. George is about 60km from Mossel Bay.  My parents live here and we visit them regularly.  This time we wanted to walk and take some photos of the historical buildings in town.  It was a nice warm day but the town was very busy (it was still December/Summer holiday).

The Dutch East India Company started a woodcutter’s outpost on the site of the town in1776.  This post later became George.  The town was established in 1811 while South Africa was under British rule. It was named after the reigning British monarch, King George III.

We started our day with a great breakfast and coffee at Up Stairs at Harry’s. We love this Café-Bar and someday I will remember to take a photo for a post.  We started our walk at the Post Office in York Street.  The street was named in honour of the Duke of York, the second son of King George III.  The Post Office was built in 1948. 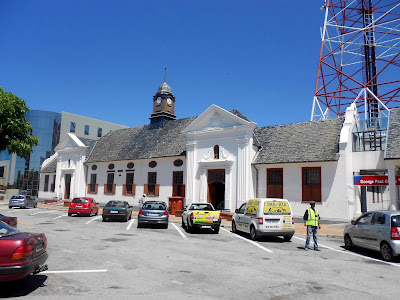 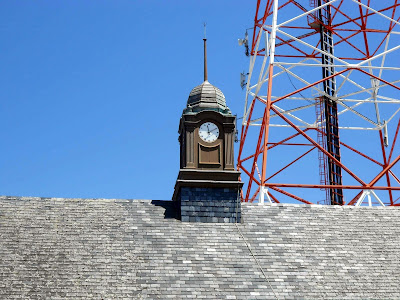 Next we turned into Market Street and walked to the old St Paul’s Mission Church. The church was built in 1855. It was converted to a theater in 1979. I can remember going to watch a show when I was still in primary school. The building now looks neglected and we could not see if it was still in use. 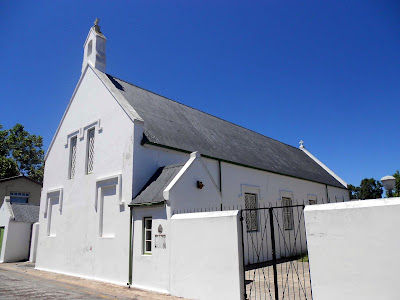 We walked back to York Street to the Standard Bank building.  The bank opened a branch in George in 1879 after reports of gold finds in the district. This building was built in 1939 and was altered in 1978 and 1983. 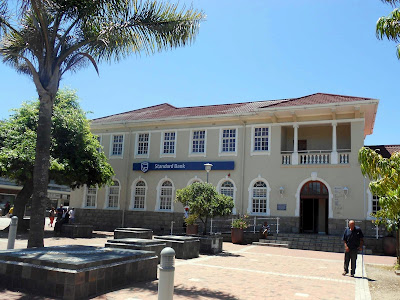 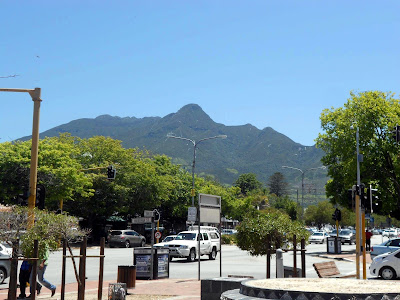 We turned and walked along Hibernia Street. 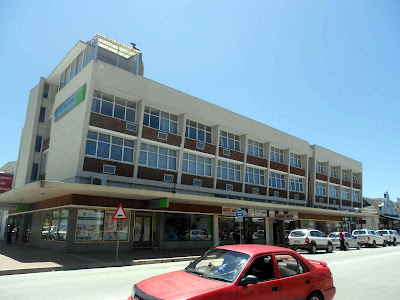 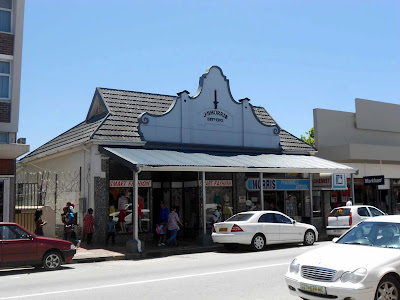 ﻿Next we wanted to visit the Roman Catholic Church in Meade Street but it was closed.  The church is behind fences and gates and we could not even take a photo.  So we continued walking until we reached the Dutch Reformed Mother Church. 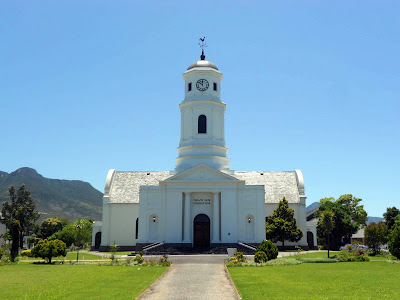