Back in January we spend a morning walking around in my hometown, George.  We took photos of buildings I have passed many times but never really saw.  I have written about some of the buildings before here and here.

York Street is one of the main streets in George.  It was named in honour of the Duke of York, the second son of King George III.  This street is very busy during the day due to its location in the heart of the business district of George.  The buildings have plaques with information supplied by the George Heritage Trust.  This made our walk more interesting. 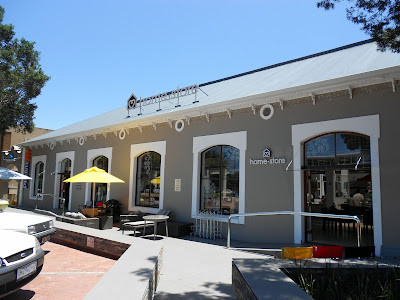 ﻿Searle’s Shop was a general mercantile shop that was run by the Searle Brothers from 1885.  Their motto was “No gambling but steady progress”.

When I was growing up there were two stores in this building: Woodcraft Furniture and Toyland.  I bet you can imagine why we loved to visit this place.  Later other shops followed and at the moment it is The Home Store and Primi Piatti Restaurant. 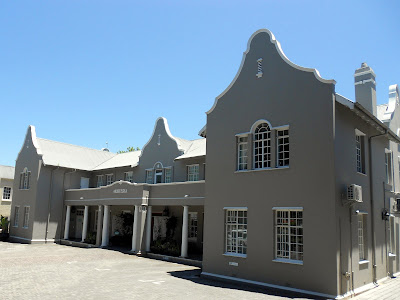 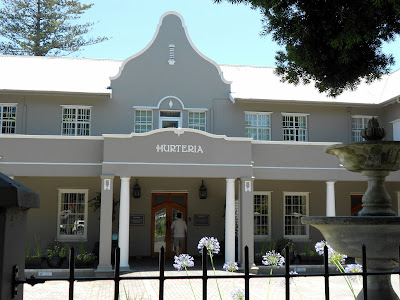 Next to Searle’s Shop is Hurteria.  Hurteria used as boarding house for Miss van Niekerk’s First Class School  and also as the girls hostel for Outeniqua High Schoo 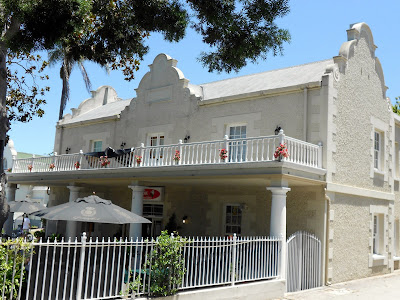 Oorskotjie was built in 1880 as a boarding house for Miss van Niekerk’s First Class School for Girls.  It was named “Oorskotjie” because the “oorskot” or surplus learners were housed here. It was altered in 1905.  In the last 20 years different restaurants used the building.  On my last visit it was “The Rose Restaurant”. 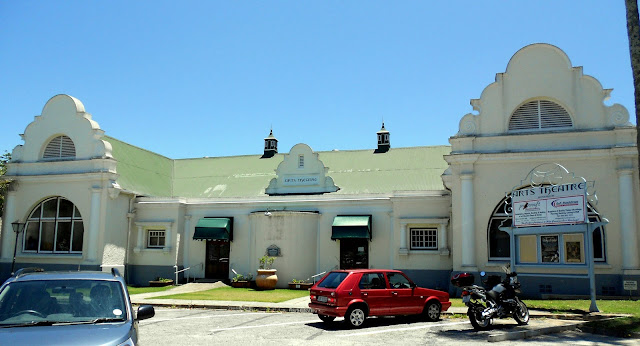 Charles Bullock designed this building in 1905 for Miss van Niekerk’s First Class School for Girls.  After the school closed in 1923, the building was used by the Outeniqua High School.  In 1968 it was bought by the George Society of Arts and was opened as the Arts Theater in April 1969. 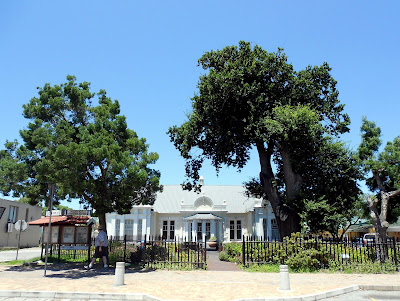 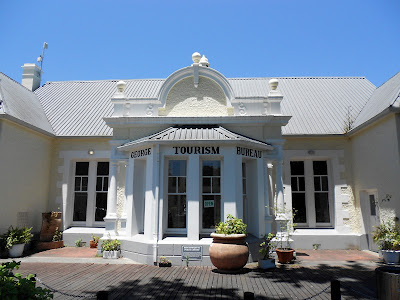 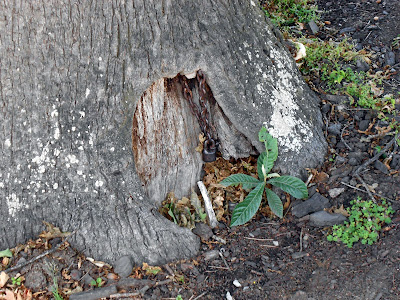 In front of the Tourism Bureau is a big oak tree known as the Old Slave Tree.  The tree was planted in 1811 by Landros van Kervel and is a Heritage Site.  The reason for the name is an old lock attached to the tree.  The legend was that the lock was used to chain slaves to the tree when the site was still occupied by the jail. But the chain and lock was in acctualy used to secure the roller used for the clay tennis court. 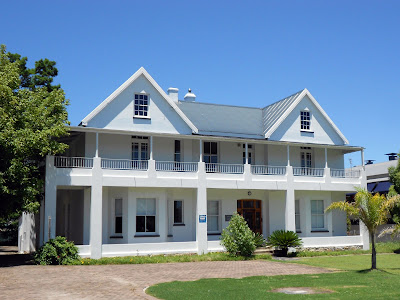 Dr Charles Owen-Snow built this house after he bought a practice in George in 1898.