Carnarvon: A Trio of Churches

March 30, 2013
It was still early (11:15) when we reached Loxton and we decided to add another town to our day trip.  Carnarvon was only 65 km from Loxton and after walking around in Loxton for 20 minutes we started the drive.  It took us about 40 minutes to reach Carnarvon. 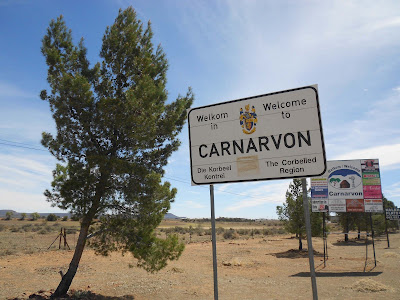 The town was deserted on the Sunday afternoon.  Most of the shops etc were closed and there were only a few people in the streets.  The first church we saw was the Uniting Reformed Church built in 1857 and in 1879 it was enlarged and the clock tower was added.  It is a beautiful church and I liked the big rooster on top of the weather vane. 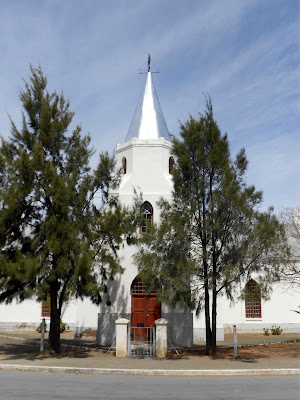 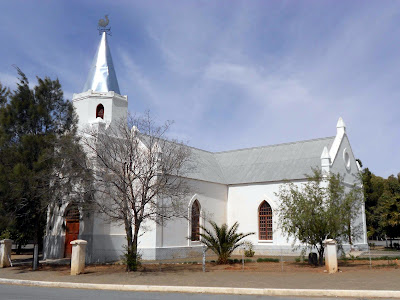 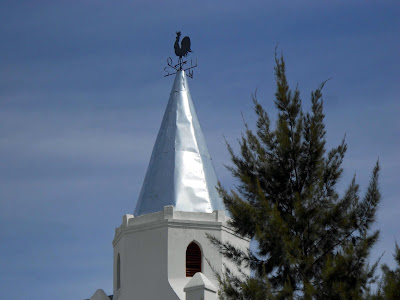 The next church we visited was the St Alban’s Anglican Church.  The corner stone of this church was laid on 4 September 1915.  We love old stone churches but could not decide if we like this brown church with its square tower and small windows.  The church is a National Heritage Site. 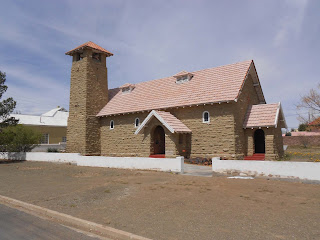 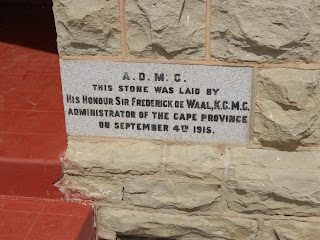 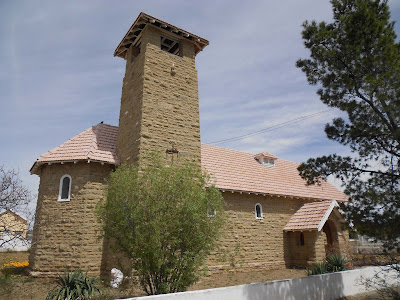 The last church of the day was the Dutch Reformed Church.  The congregation was started in 1875 and the first church was consecrated in 1882.  The current and more modern church was built in 1954 because the old church was in a falling apart.  The high tower of this church also had a pretty rooster on top. 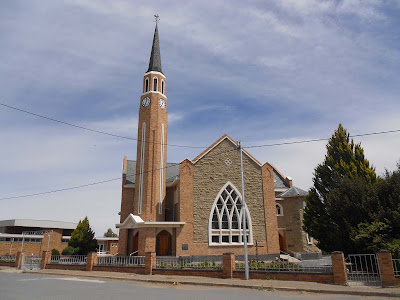 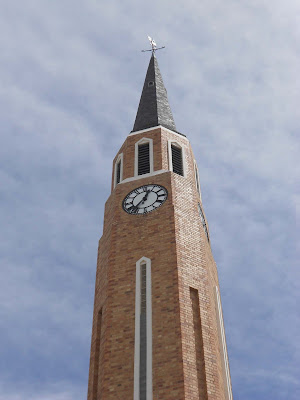