June 01, 2015
As a child, a highlight of a trip to Oudtshoorn was to walk over the suspension bridge or “hangbrug” in Afrikaans.  So naturally when we visited Oudsthoorn in August 2013, I wanted to walk over the bridge.

A bit of history about the suspension bridge:
Oudtshoorn developed on both sides of the Grobbelaars River.  In 1913 the town council approved the building of a suspension bridge at Church Street. It was constructed by Rowlay and Sons in London and it was completed in 1914.

The suspension bridge is 91 meters long with 9 meter high towers at each side. It was declared a National Monument in 1964. 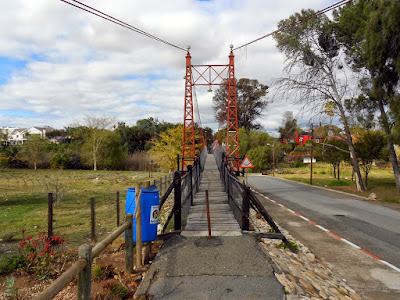 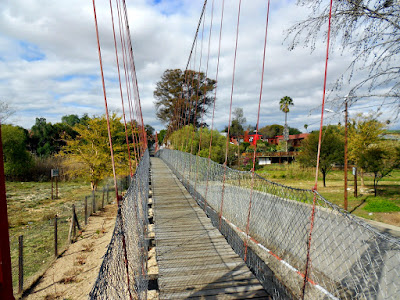 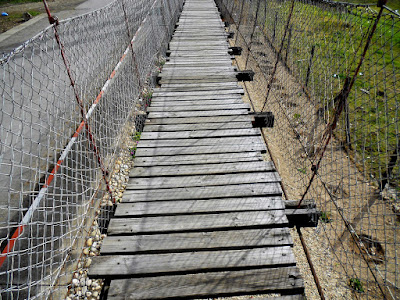 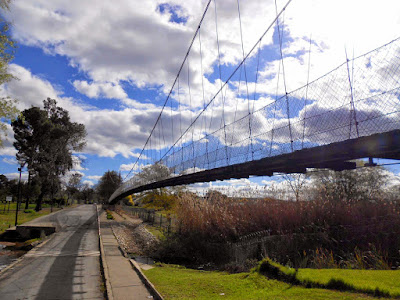