November 27, 2012
After visiting the All Saints Church in Somerset East we drove through the town one last time before continuing on to Graaff-Reinet.

First we went back to Nojoli Street.  Along the way we passed the Voortrekker Hall and the house at nr 154 Nojoli Street. The house in 154 Nojoli Street was built in the 1830’s and was declared a National Monument in 1983.
We stopped at the Reformed Church.  This was originally the Methodist Church. Outside the church is a monument for Commandant William Charles Comley.  He died from fever contracted during the Frontier wars of 1878. 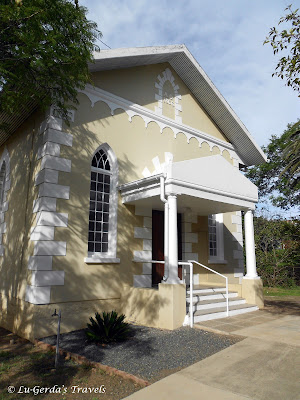 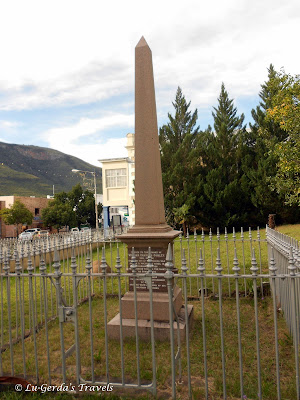 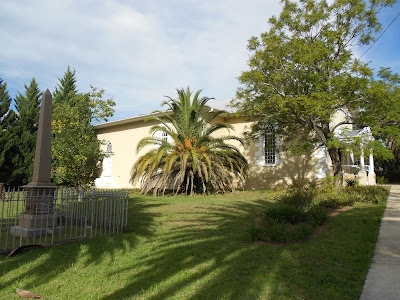 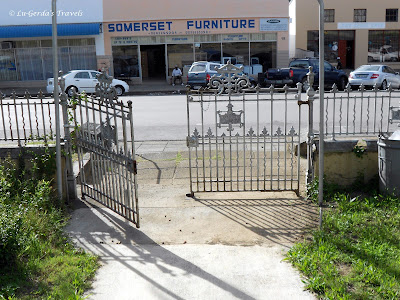 We went to McCaughie’s Pharmacy. It was erected in 1876 and is still used as a pharmacy.

The last place we saw before leaving was the Langenhoven Library.  In 1832 the “Somerset Reading Society” was started. The plot was bought in 1903 and the library was opened in 1905.
Of all the towns we drove through from Grahamstown to Graaff-Reinet, Somerset East was my favourite.  I hope we can go back sometime to walk around more and visit the museum.  We left Somerset East at about 15:00 with about 125km still to go to Graaff-Reinet.
Eastern Cape Monuments National Heritage Sites Somerset East
Location: Somerset East, South Africa