September 14, 2012
After rushing to get there from St Peter’s Bascilica to the Roman Forum for the start of the Guided Imperial Tour at 14:00 we were tired.  We were also hungry because there was no time to buy food before the tour started.

We met our guide in front of the Roman Forum.  He was very interesting and said: “Follow zee guide, Contiki” when he wanted us to follow him.  He told us interesting stories about the history of the buildings and the people that built them.  It was very warm and we tried to stand in the shade every time he moved to the next building.

The Forum consists of ruins of ancient buildings of Rome. It is amazing to think that parts of buildings from 2 000 years ago can survive.  I only knew a little about the Roman history and found the stories told by our guide fascinating.  (Although I had trouble concentrating due to the heat and hunger) 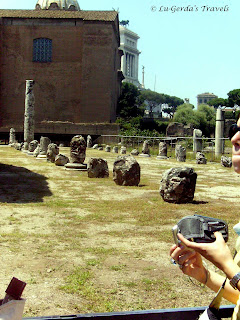 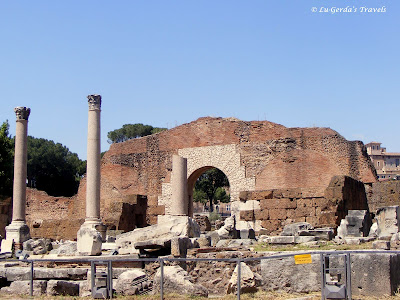 The oldest basilica at the forum was built in 179 BC to provide a sheltering place for businesses.  A fire destroyed it in 410 AD.

Temple of Antoninus and Faustina 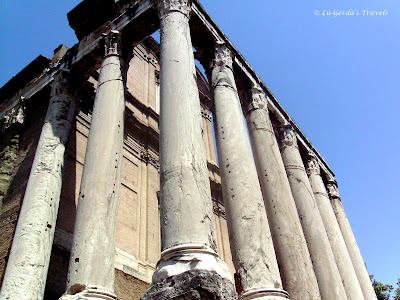 The Temple was built in 141 AD by emperor Antoninus Pius to honor his deceased wife Faustina. After his death the temple was rededicated to both Antoninus and Faustina. 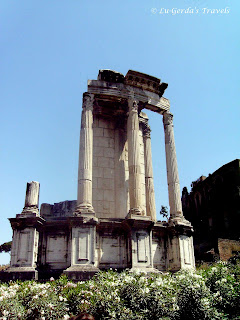 The sacred eternal flame of Rome was kept in this temple.  The Vestal Virgins, who had to serve for 30 years, protected the flame.  They had to stay virgins during that time or else they were buried alive. 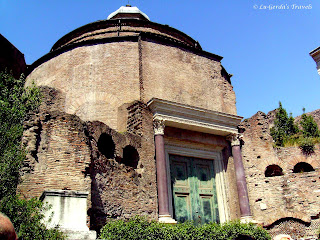 This circular temple was built in the 4th century AD.  It survived due to its incorporated into a church.  The large bronze doors are the originals. 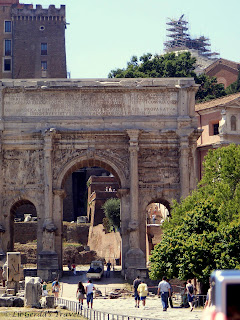 The triumphal arch was built in 203 A.D. to commemorate the victories of emperor Septimius Severus in Parthia.  The arch is 23m high and 25m wide and has three passageways. 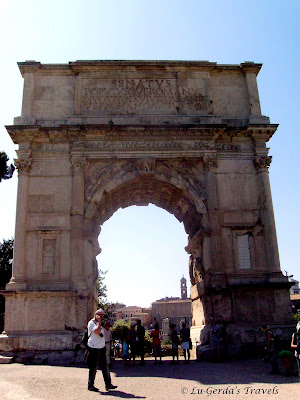 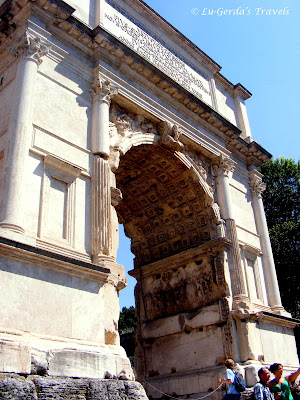 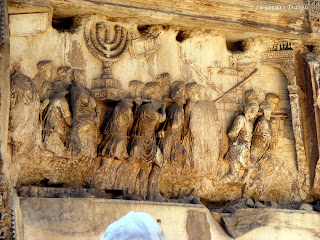 In AD 79 Titus became emperor of the Roman empire. He died just two years later, in September AD 81. Emperor Domitian, Titus's brother and successor, built the Arch of Titus that same year both to honor his brother and to commemorate the victory in the Jewish War.