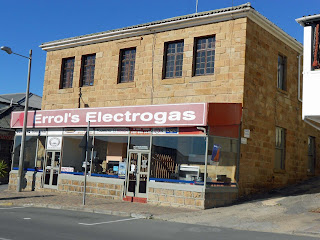 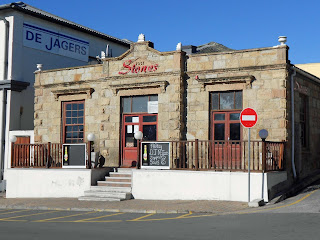 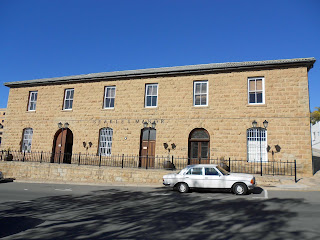 Next is the Searle’s Manor.  It was built in 1902 as a warehouse for Searle & Co of Great Brak River. 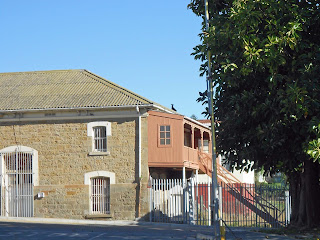 Customs House was built in 1874 and was extended in 1882.  The wood verandah was added in 1892.
The Mossel Bay Boating Co owned and ran the harbour.  Their office was built in 1902 and the clock tower was used to time the offload of ships.  Next-door is the Good Shed. It was built in 1900 to store the ship cargo and currently is houses an indoor market.


(I used Visit Mossel Bay's "Explore Historical Mossel Bay on foot" brochure for the
above-mentioned information.  You can download the full brochure here.)