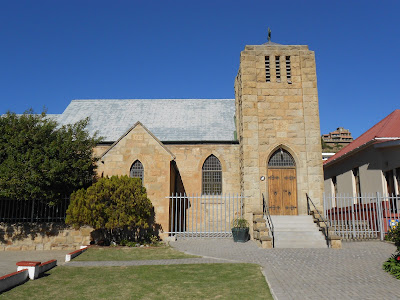 I realized today that I have shared very little about my hometown, Mossel Bay, on the blog.  I visited Mossel Bay regularly as a child because my grandparents lived here and it was only a 30-minute drive from George.  I started to work here in 2003 but still lived with my parents in George (about 60 km away).  Then in 2006 I moved here and it is still home 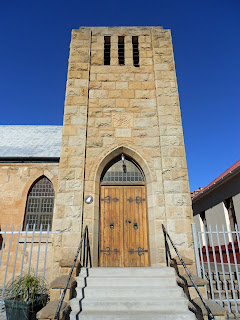 I have already written about the Dias Museum Complex and about Hartenbos.  This year I will try to do more posts about this beautiful little town next to the Indian Ocean.  I hope to post something each Monday or at least once a month.  So here is the first Mossel Bay Monday. 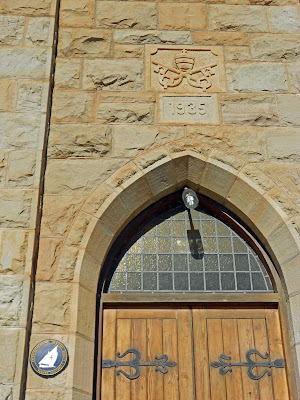 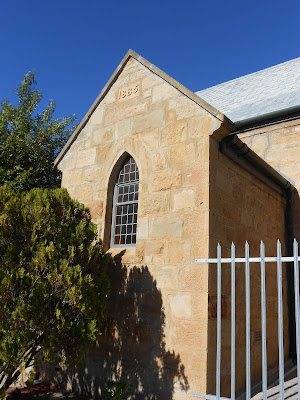 There are two dates on the outside of the building, 1885 and 1935.  The oldest date, 1885, was when the French Missionary Fathers of Lyon built the little school.   It was only one classroom and is now the confessional of the church. 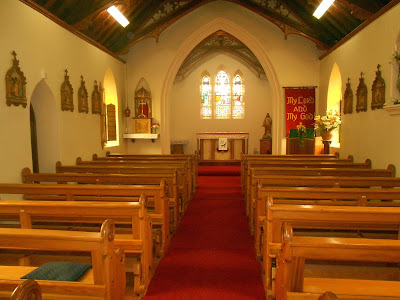 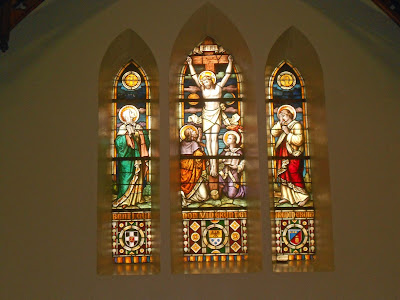 This beautiful stained-glass window was installed in 1924 and was a gift from Father Mayer to the church.
Mossel Bay