December 05, 2012
After a lovely visit to St James the Great Anglican Church we drove out of Graaf-Reinet to see the Gideon Scheepers Monument.  We read a lot about Gideon Scheepers when we were at the Military History Museum. 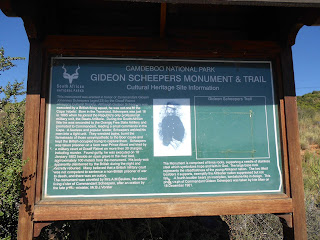 Commandant Gideon Scheepers was born in 1878.  He joined the Republic’s only military unit when he was 16 and was a telegraphist, heliographer and scout.  He became a commandant when he was 22 and led a commando of 150 men who took on the British in the Second Anglo Boer War.  They wrecked trains and burned the farms of those unsympathetic to their cause. 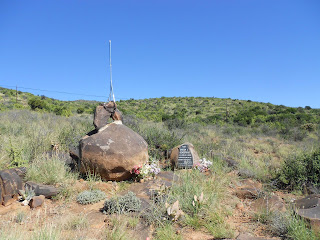 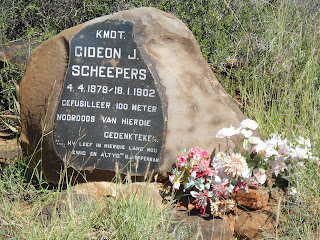 He became ill on 10 October 1901 and was left behind in Prince Alfred where the British captured him.  The British charged him with war crimes and he was found guilty.  He was executed by a firing squad on 18 January 1902 in Graaff-Reinet when he was just 23 years old.  He was buried at the place of his execution but his body was moved the same night by British troops to an undisclosed location that was never found. 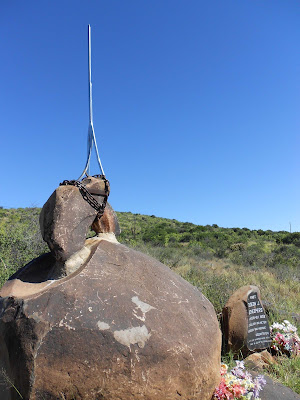 Protests were made because he was not treated according to the Geneva Convention.  There was also doubt if a British military court was competent to sentence a prisoner to death. 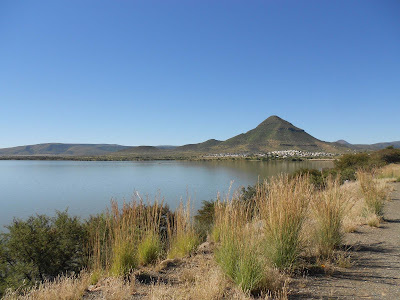 A memorial was erected for him 2 km outside of Graaff-Reinet (On the R63 towards Murraysburg) near what is thought to be the site of his execution.  The monument consists of three rocks with a stainless steel needle.  It symbolizes the steadfastness of the young Afrikaner nation and hope and faith in God.

On our way back to town we stopped to take a few photos of the Nqeba Dam (previously the Van Ryneveld’s Dam).  Construction on the dam started in 1921 and was completed in 1925. 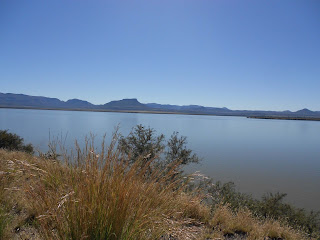 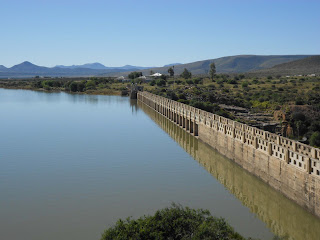