I started a photo blog about the town where I live, Mossel Bay.  After starting it I realized I very little photos of our town and I want to see and learn more about the buildings and sites.

From my office I can see the Dias Museum Complex but in the 10 years I have worked here I only went to the museum once.  So when lunch arrived on Thursday 5 July 2012 I was ready to visit the museum.  The entrance fee was R20 (and if you want to go onto the Dias caravel it is R 40).  I did not have a lot of time and decided to just pay the R20 and walk around. 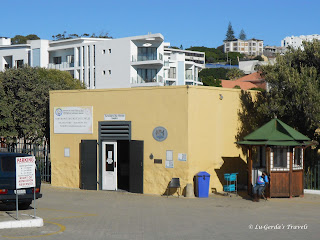 My first stop was the Post Office Tree.  This beautiful old mikwood tree has been used as a post office since 1501 when a letter was left for Joao da Nova in a shoe or pot under the tree.  It was declared a national monument.  There is also post box in the shape of a shoe under the tree where letters can be sent. 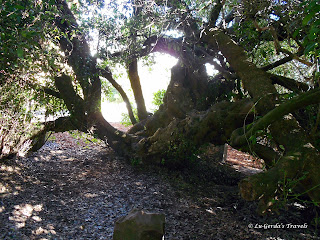 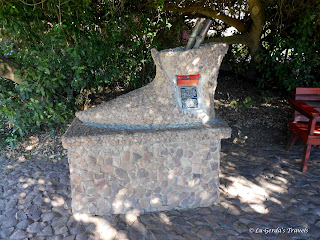 Next I went to the Shell Museum in the Shirley Building. This building is an extension of the old Mill and was built in 1902 as a store.  It got its name from Mr Joe Shirley who used it for his plumbing business.  It is now used for the shell museum and aquarium.

The aquarium is only a few small tanks with fish and not very impressive.  I did enjoy the shell exhibits on both floors but did not have enought time to read the information. 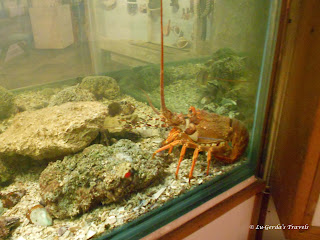 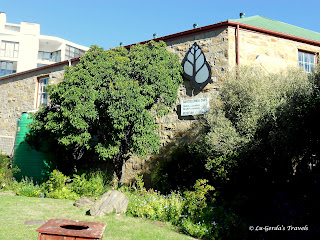 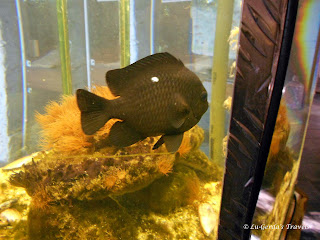 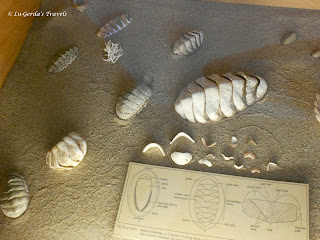 After the Shell Museum I walked pass the statue of Bartolomeu Dias and then towards the spring.  Dias was a Portuguese explorer and the first European to sail around the southern tip of Africa in 1488.  The fresh water spring is the same one used by Dias for water.  He named it "Aguada de São Bras" or "The watering place of St Blaize" since he landed in Mossel Bay on the Feast of St Blaize (3 February 1488) 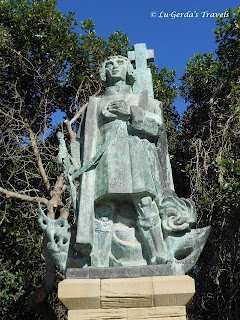 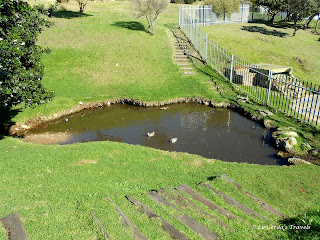 I saw the Munro’s Hoek Cottages but did not walk all the way to these houses because my time was running out.  These houses are replicas of the cottages built by Alexander Munro in 1830.  The original foundations were used. 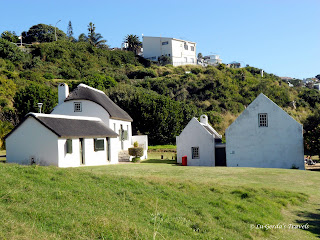 Then I quickly went into the Maritime Museum.  The building was erected in 1901 as grain and sawmill.  I did not have enough time to walk through the whole museum but did see the Dias Caraval.  The caravel is a live-size replica of the ship Dias used to sail to Mossel Bay in 1488. It was built in Portugal in 1987 and was sailed to South Africa for the 500th anniversary of Dias’ voyage. 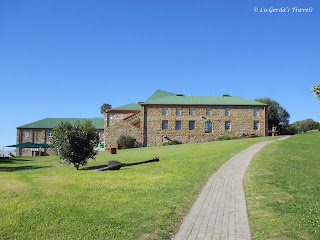 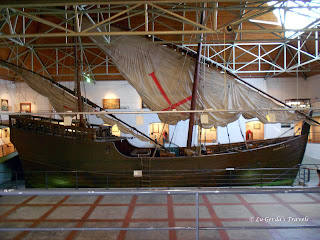 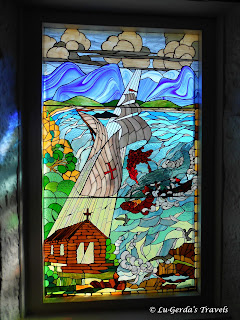 I had about 2 minutes left of my 45-minute lunch and walked back to the office.  There is a lot more to see in this museum complex but I felt good about what I saw in such a short time.