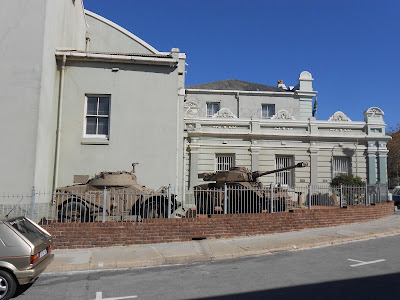 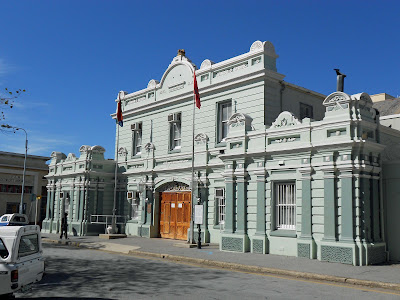 The Drill Hall was opened in 1882 and the first floor was added in 1893.  It is the headquarters of the Prince Alfred’s Guard Regiment (PAG).  It was declared a National Monument in 21 February 1992. 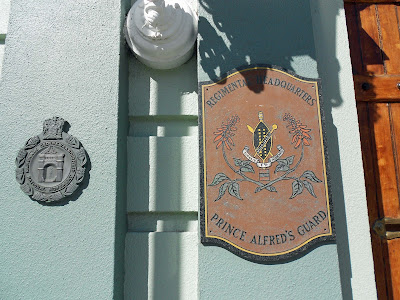 The PAG Regiment is one of the oldest volunteer regiments in South Africa.  It started as the Port Elizabeth Volunteer Rifle Corps in 1856.  The name changed in 1860 when they provided protection for Prince Alfred (Queen Victoria’s son) when he visited Port Elizabeth. 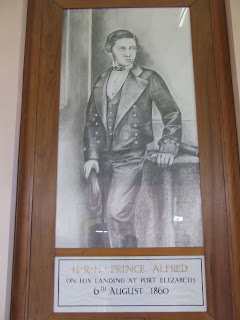 The Victorian style Drill Hall houses the regimental museum and military exhibits.  It is open to visitors when it is convenient for the staff and there is no entry fee.  It was open when we visited and we went inside for a look.

Some of the items on display: 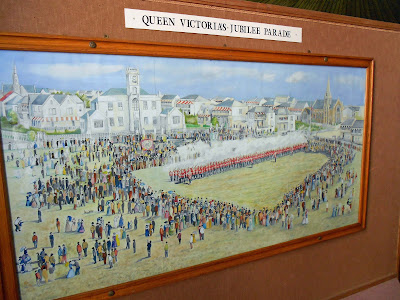 “Miracle Cannon”
A bronze cannon from the Sacramento shipwreck was discovered in 1978.  The cannon was on board the ship when it wrecked in 1647.  The cannon weighs about 4 tons and is 3.7m long 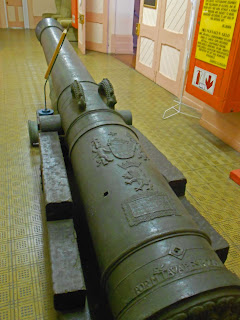 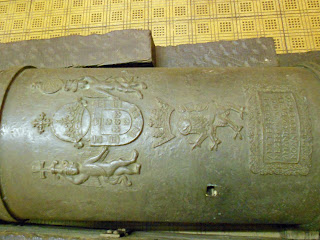 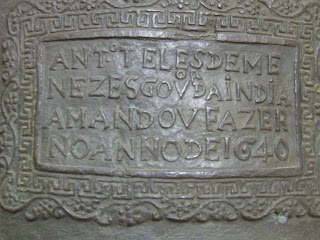 Various honour rolls for men who served in the different wars are on display.  There is also information and photographs about the Frontier Wars, The Bechuanaland Campaign and other wars. 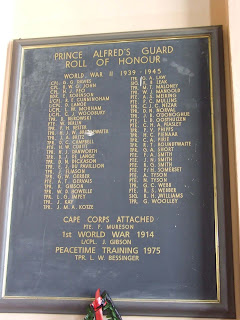