June 15, 2012
The Campanile and Feather Market Center in Port Elizabeth was also sights on the Donkin Heritage Trail.

This 51.8-meter high brick tower was completed in 1923 to commemorate the centenary of the landing of the 1820 British Settlers in South Africa. It was declared a National Heritage Site in 1989.  It was modeled on a Venetian campanile and was built close to the spot where the first 4000 British Settlers landed with their boats in Port Elizabeth.

You can climb the Campanile’s 204 steps to a viewing platform and bells.  There is no fee but a donation is welcome.  (We decided not to climb the stairs having already seen the view from the top of The Hill Lighthouse) 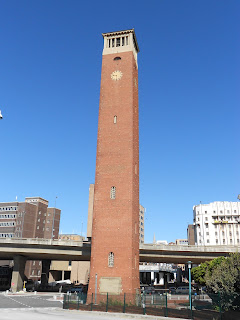 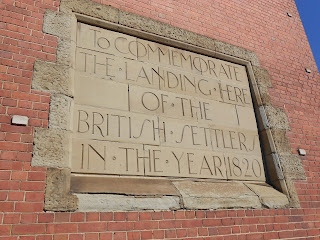 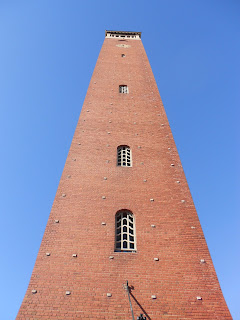 This building was built between 1883 and 1885 to use for auctions.  It was used to sell ostrich feathers, wool, fruits etc.  In 1908 an office extension was added and it was declared a National Heritage Site in 1981.  In 1991 it was converted to a conference center. 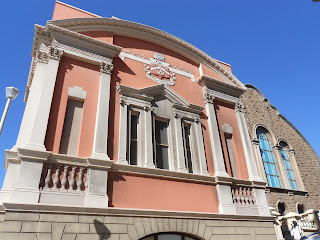 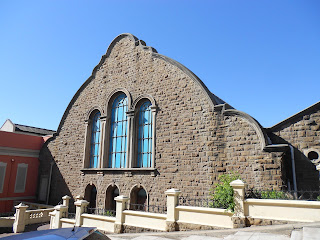 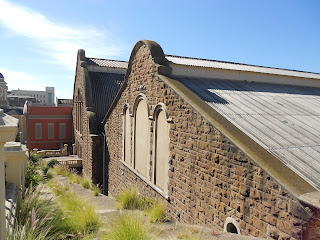