March 07, 2013
We continued our walk through Beaufort West.  We followed the route on the brochure we received but also did a bit of our own route to find some other interesting sites. 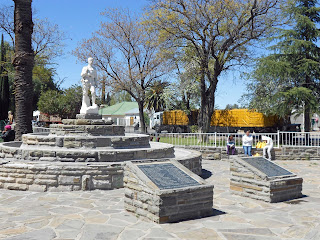 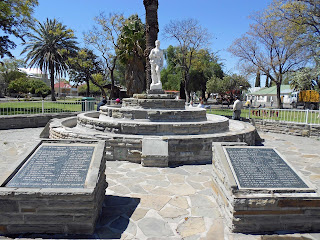 Walking along Donkin Street we found the War Memorial.  This memorial was not in the brochure but we knew it was in Donkin Street and it was easy to find.  The Memorial is for the men who died in the World War I and II.  The following inscription is on the plaque followed by the names of the men:
“Live ye for freedom: We for freedom died” 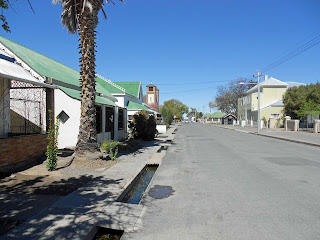 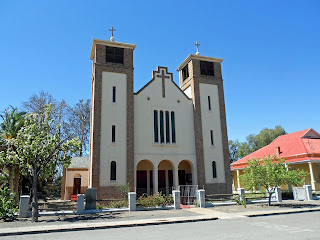 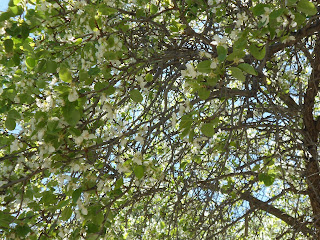 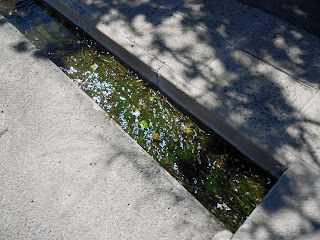 From the War memorial we walked towards Bird Street. It is a beautiful street with irrigation furrows that were laid when the town was founded to channel water from fountains to the gardens.﻿
﻿﻿Nr 53 Bird Street is a commercial building that was built in 1899 and is still almost exactly the same.  Nr 111 Bird Street is one of the oldest homes in town and was built in about 1825.
The Old Goal was built in 1873 in the main street.  It is still used as jail. 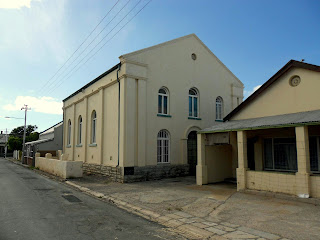 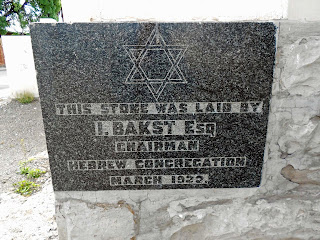 While driving back to the guest house we passed the old synagogue.  The corner stone of the Hebrew Congregation was laid in March 1922.  It looks if the building is now used for storage but I could not find more information.
Beaufort West Western Cape