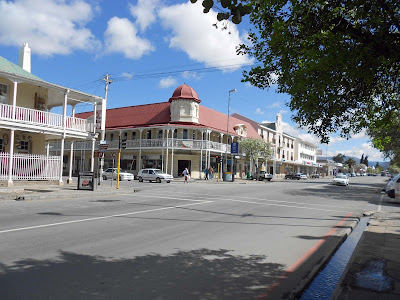 The first three building on the walk was museum buildings. Looking across the street we saw the beautiful Pritchard House, built in 1906. 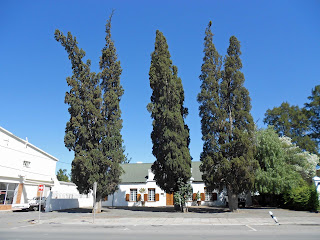 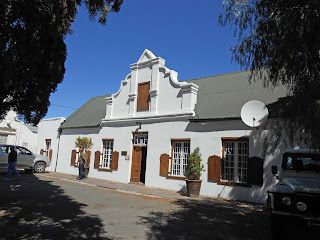 We walked along Donkin Street and passed the Beaufort West Club.  This house was built in 1850 in the Cape Dutch Style. 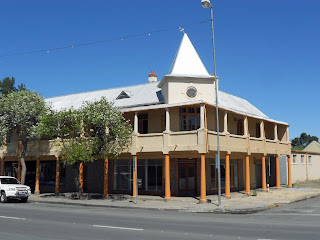 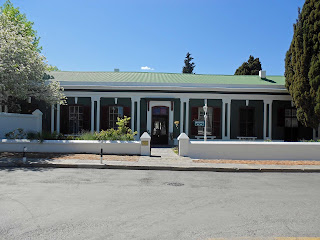 We saw the Coronation Hall.  It was built in 1910 and used to house the town’s first cinema.  We turned off in Meintjies Street and walked pass beautiful old houses until we reached Matoppo House. This house was built for the first magistrate in the early 19th century. 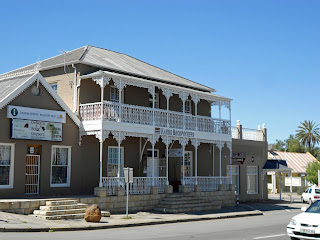 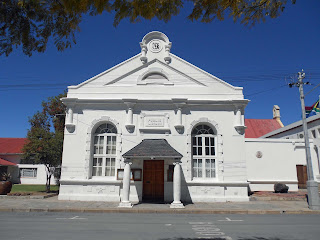 The double storey, Clyde House, is now the Tourism Center and Backpackers.  The Old Public Library is a pretty white building.  It was built in 1906 and is now used a municipal offices. 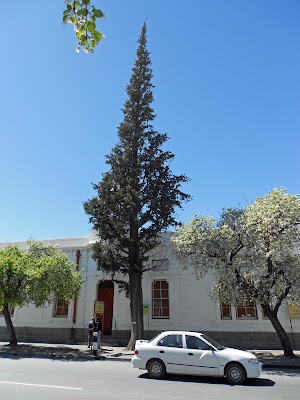 During the walk we circled back towards the museum.  This time we were across the street from the museum to see the cypress tree.  This tree is the only survivor of 25 trees planted here in 1834.

We also saw some beautiful churches but I will write about them later.
Beaufort West Western Cape
Location: Beaufort West, South Africa