August 27, 2012
9 August is Women’s Day in South Africa and it is a public holiday.  This year it was on a Thursday.  We decided to take Friday off and make a nice long weekend.  Together with my parents and sister we were on our way to my uncle’s farm near Tarkastad in the Eastern Cape of South Africa. 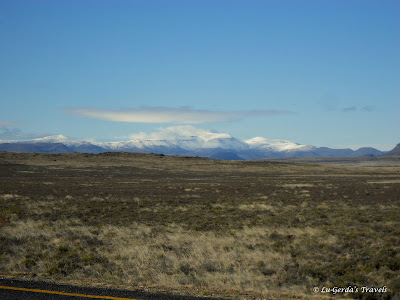 My last visit to the farm was in December 2006 and I was very excited to show my husband the farm.  We used to visit the farm each year in June and December when I was growing up.  It is about 650km to drive and we started very early Thursday morning. 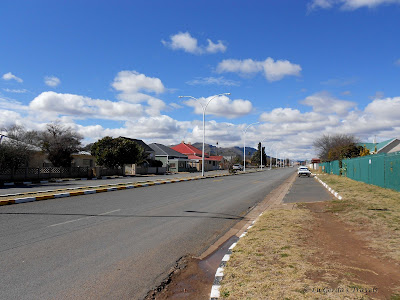 After quick stops in Willowmore and Graaff-Reinet we reach the small Karoo town of Tarkastad at about 11:30am.  When I was a lot younger my grandparents used to live here.  It was very cold and windy outside.  There was still some snow on the mountains from the cold weather earlier in the week.

Tarkastad was established in 1862.  The town has the most beautiful Dutch Reformed Church.  The congregation was started in 1863.  The cornerstone of this church was laid on 1 June 1877 and the church was opened on 12 Feb 1880. 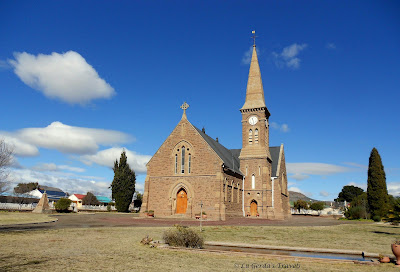 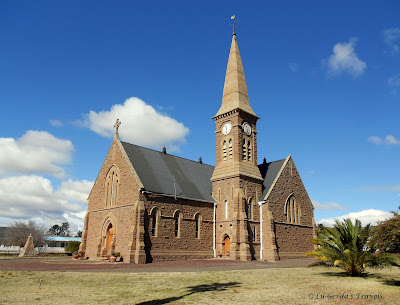 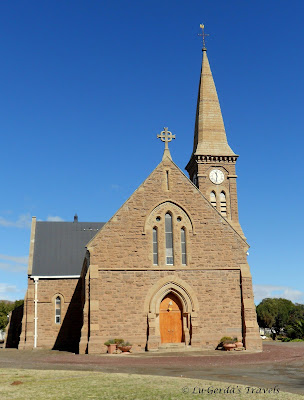 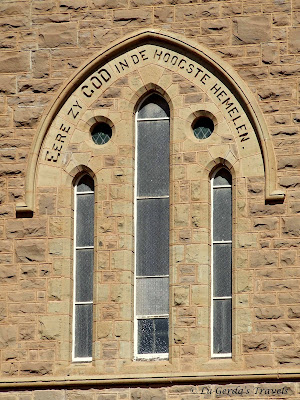 While walking around in the town we found a war memorial.  The memorial must have been there when we were children but I cannot remember it.  The memorial is for men who died in the First World War but also includes a roll of honor for the Second World War. 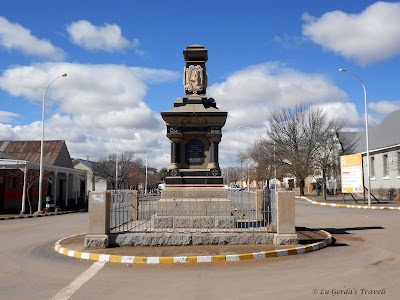 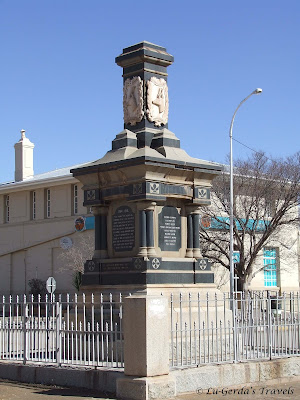 The inscription on the memorial is as follows:

THEY WHOM THIS MEMORIAL
COMMEMORATES WERE NUMBERED
AMONG THOSE WHOAT THE CALL
OF KING AND COUNTRY LEFT ALL
THAT WAS DEAR TO THEM, ENDURED
HARDNESS, FACED DANGERS AND
FINALLY PASSED OUT OF THE
SIGHT OF MEN BY THE PATH OF
DUTY AND SELF SACRIFICE, GIVING
UP THEIR LIVES THAT OTHERS
MIGHT LIVE IN FREEDOM. 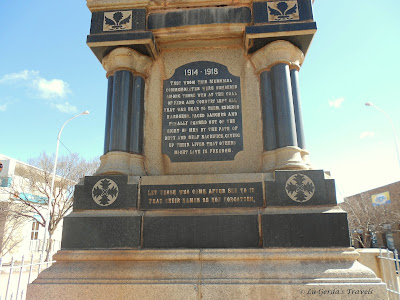 We then walked to my grandmother’s house, Hetloo.  The house has been neglected in the last few years.  I have many childhood memories of waking up early with the house smelling of freshly baked rusks and playing on the “stoep” or porch. 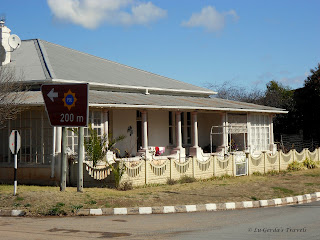 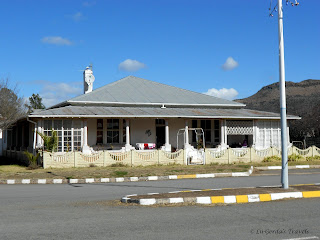 It was nice to see the town again but we were in a hurry to get to the farm and to relax.  So it was back in the car for the last part of our drive.