September 22, 2012
After an interesting visit to the Observatory Museum we drove to Gunfire Hill to see Fort Selwyn.  The hill got its name because the Royal Artillery used to fire a gun each morning at 9 o’ clock until 1870. 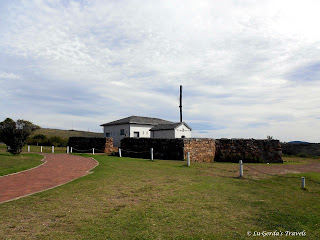 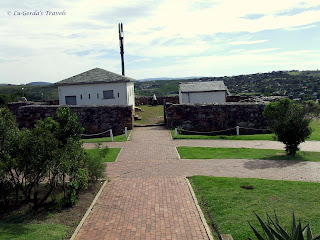 In 1835 Governor D Urban ordered that barracks must be built on the Drosdy Grounds in Grahamstown for the large garrison.  Fort Selwyn was built in 1836 to protect the town and its water supply.  The Royal Artillery from 1836 until 1662 occupied the fort. 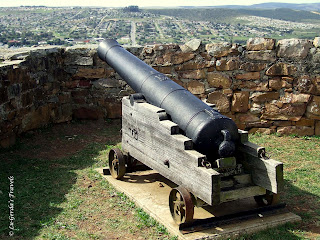 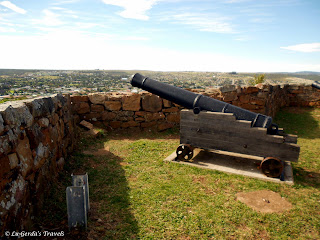 The fort was manned again during the Anglo Boer War from 1899 until 1902.  During all this time there was never shots fired in anger from the fort.  After the war the fort was neglected. In 1925 is was restorated and was declared a National Monument in 1936. 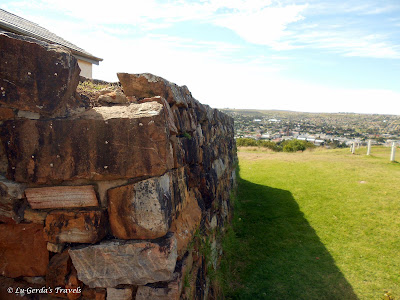 The fort is quite small and the view of the town is great.  We could see the whole town and even identify some buildings like the cathedral.  I was very impressed about how clean the fort was (Compared to the dirty Fort Frederick in Port Elizabeth). 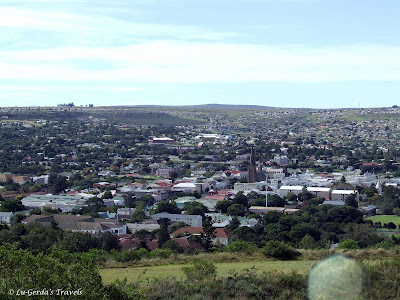