June 20, 2012
Fort Frederick, the stone fort in Port Elizabeth, was built in 1799.  It overlooks Algoa Bay and the mouth of the Baakens River.  It was built by troops to protect the bay against a possible landing of the French troops coming to assist the “rebels” in Graaff-Reinet who wanted independence from the Cape.  It was named after Frederick, Duke of York and the Commander-in-Chief of the British Army. 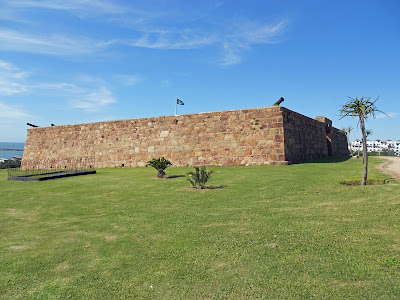 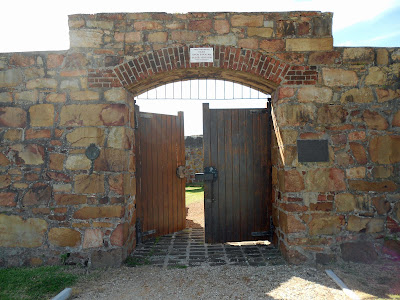 Inside the fort are a powder magazine and a blockhouse, which lost its timber upper storey.  When we visited there were homeless people sleeping inside the fort.  The blockhouse was used as a bathroom and had an awful smell.  We only went to the entrance and did not enter the blockhouse.

﻿
The fort also has a collection of muzzle-loaders dating from the later part of the 18th century.  The fort was manned until 1862 and until today no shots were fired in anger from this fort. 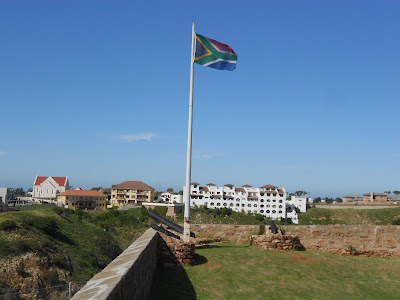 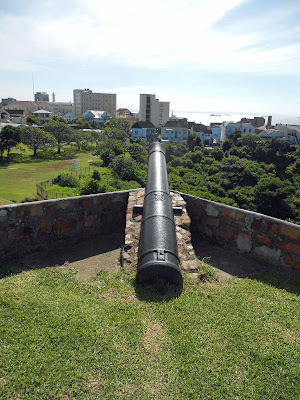 There is a great view of the city and the harbour from the Fort.  I enjoy visiting the old buildings but it is sad when they are not looked after properly.  The Fort is in a good condition but was dirty and with homeless people sleeping on the grass we did not feel very safe.

On the outside of the fort is the grave of Captain Francis Evatt.  He was the Commandant of the fort from 1817 to 1847 and supervised the arrival of the 1820 British Settlers. 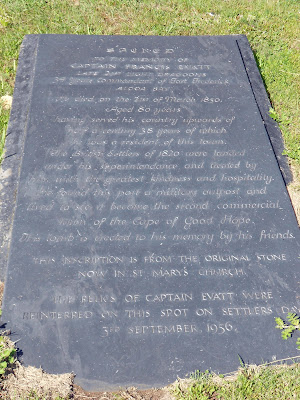