September 20, 2012
After disappointing visits to the History museum and National English Language Museum we decided to try one more museum, The Observatory Museum in Bathurst Street.  This museum is also part of the Albany Museum Complex. 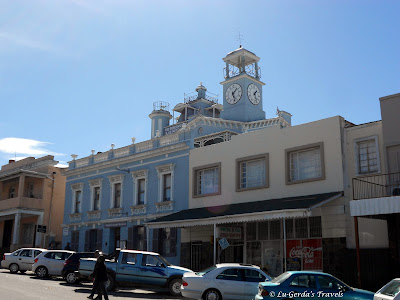 The main attraction of this museum is the Victorian camera Obscura.  It is the only one of its kind in the Southern Hemisphere.  The camera uses a system of mirrors and lenses to show a live calour panorama view of the town on a flat viewing surface in a darkened room.  We had to pay R10 and were taken up some narrow stairs but had no idea what to expect. 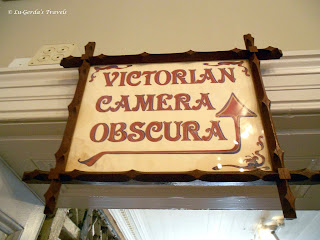 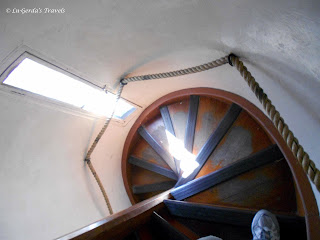 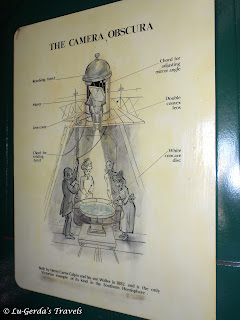 The guide first told us a bit about how this camera works.  I am not very technical and can’t remember the detail.  Then he closed all the doors to make the room dark and the opened the lenses to show a view of the street in the round viewing surface. 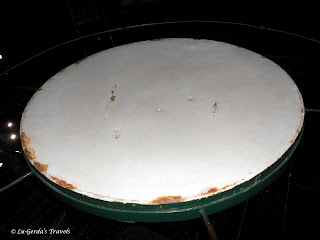 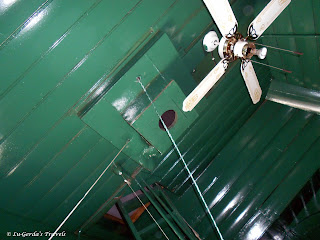 It is really amazing to see.  The guide gave us a 360 tour of most sights in the town while standing in the darkened room by pulling ropes and moving the mirrors and lenses.  It was very interesting. 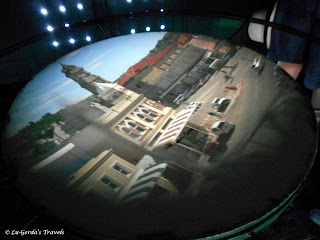 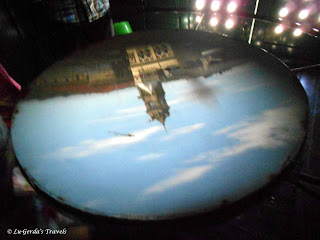 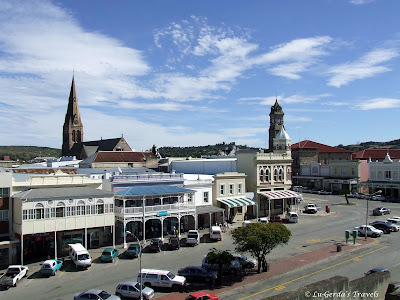 The building was originally a 19th century jeweller’s shop and home for Henry Carter Galpin.  He was a watchmaker and jeweller with an interest in optics and astronomy.  In the telescope room is his telescope, which was installed on the rooftop of the observatory.

On the Victorian Floor are five rooms with Victorian furniture from an upper middle class home.  These rooms are full of interesting furniture but with little information about it.  In the basement is a Victorian kitchen and dining room.﻿
﻿ ﻿ ﻿
﻿﻿﻿
So third time was the charm.  Our third museum for the day was a great success.  It was about 13:00 and we still had a lot we wanted to see.