March 05, 2013
While visiting Beaufort West I learned a bit more about my husband’s family history.

Beaufort West was built on the farm “Hooyvlakte” of Abraham le Clercq or De Clerq and his son Jacob.  He was a French Huguenot who came to South Africa in the late 17th century.  My husband’s surname (and now also mine) is De Klerk. This is the Afrikaans form of “Le Clercq” and Abraham le Clercq was the founding father of the De Klerk family in South Africa. 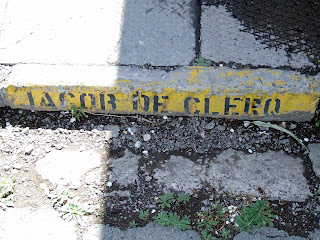 Abraham sold the farm and in 1818 the town Beaufort was proclaimed.  Lord Charles Somerset named the town “Beaufort” after his father, the 5th Duke of Beaufort.  It was renamed to Beaufort West in 1869 to avoid confusion with other towns also named after the Duke of Beaufort (Like Fort Beaufort) 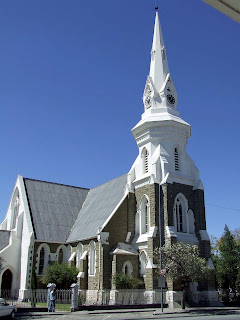 The Dutch reformed Church was established soon after the founding of the town in 1820.  The Scottish Rev. John Taylor was appointed the first minister.  Church services were first held under a tree and later in a room in Abraham le Clercq’s farmhouse.  In 1824 another Scot, Rev Colin Fraser, was appointed as the second minister after Rev Taylor moved to Cradock. 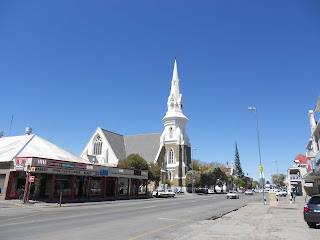 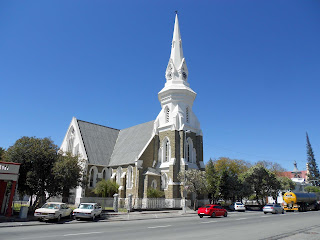 Rev Fraser raised funds for a church building by collections and in 1826 the corner stone for the church was laid.  The church was completed in 1830. 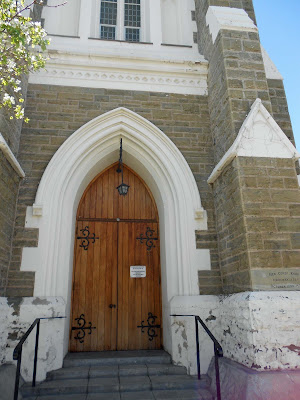 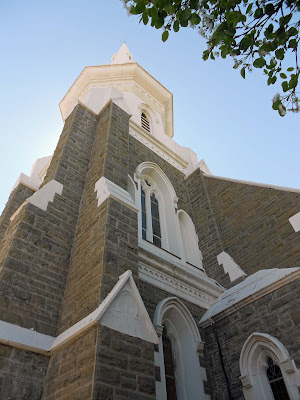 The building became to small in 1892 building started on a new church. Scottish architect James Bisset designed the current church.  Some parts of the original church were incorporated in the new church.  The new building was consecrated on 22 September 1984. 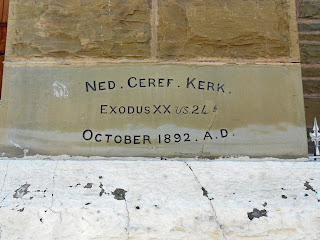 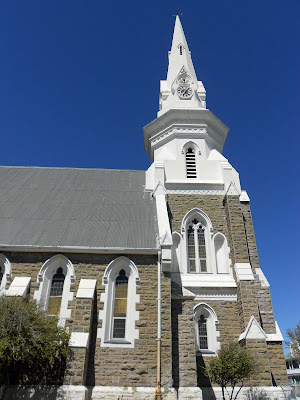 The church hall or “Jongelieden Zaal” was built in 1913 and a cast-iron fence was also built around the church. 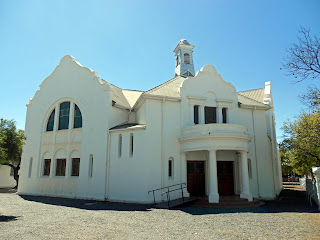