November 02, 2012
After our quick stop at Fort Brown we continued to drive on the R 67 for another 50 kilometers and the reached Fort Beaufort at about 10:00.  The town did not give us a good impression when arriving.  The buildings are run down and it looks old and dirty.

Fort Beaufort is a small town in the Eastern Cape of South Africa.  The British Military started a fort here in 1823.  The town was established in 1837 and was named in honour of the Duke of Beaufort, father of Lord Charles Somerset who was the governor of the Cape Colony from 1814 to 1826.

Historical Museum
The building used for the museum was the original mess for the officers of the garrison and was constructed about 1830.  It was used by the officers until 1882 and was then a school before it became a museum.  It was declared a National Monument in 1976.  I went inside for directions and received a very nice pamphlet about sights in the town. 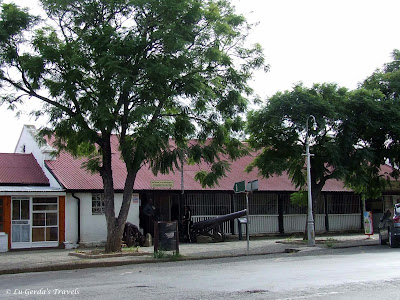 Officer Quarters
This building was constructed in 1849 as the Officers Quarters.  It was later used as a military museum but now houses municipal offices.  It was declared a National Monument in 1975. 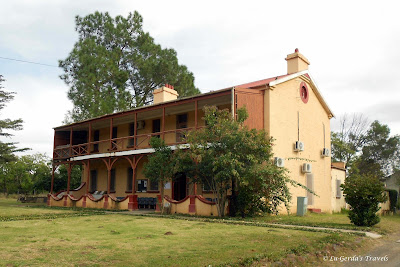 Martello Tower
The Martello Tower was constructed by the British  in 1839 and was completed in 1846.  British troop occupied the tower until 1870.  This tower is unique because it is probably the only Martello Tower to be constructed inland.  It was declared a National Monument in 1938. 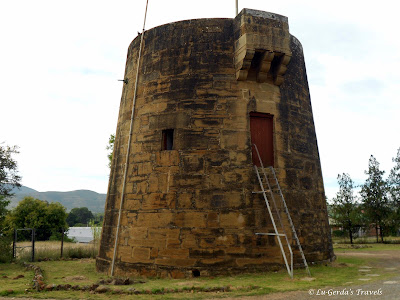 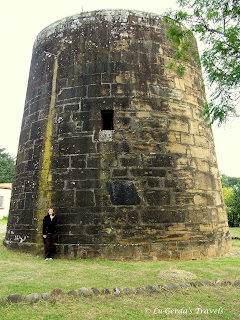 Military barracks
The once important military barracks have been neglected and is in bad shape.  The building is hard to find and there is not much to see.  We quickly took a photo and continued. 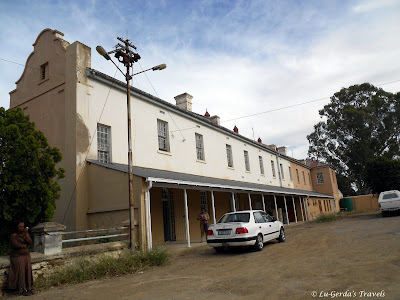 Victoria Bridge
This bridge over the Kat River is the oldest triple-arch bridge in South Africa.  It was built by the Royal Engineers and was designed by Major C J Selwyn and Andrew Geddes Bain.  The bridge was completed in 1844 and was declared a National Heritage Site in 1970. And it is still in use. 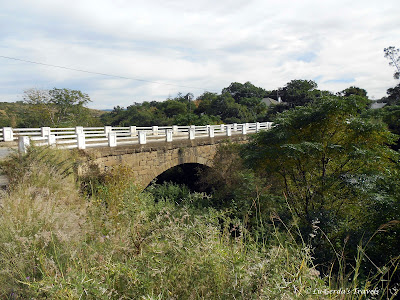 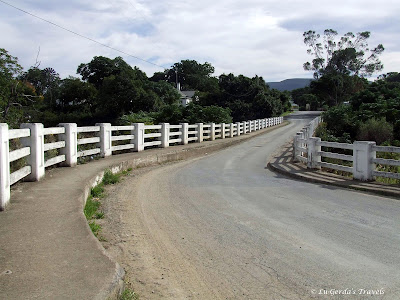 Although the town did not make a good impression we enjoyed seeing the Martello Tower and teh pretty Victoria Bridge.  We spend about half an hour to exploring Fort Beaufort and then started to drive to the next town, Adelaide.
Eastern Cape National Heritage Sites
Location: Fort Beaufort, South Africa