February 08, 2013
After spending the previous day watching tennis at Wimbledon we were ready to explore London.  We wanted to get up early but after a lot of busy days we just could not get going. We made some coffee in our room and ate muffins for breakfast.

We left the hotel at about 9:15 and bought tickets for “The Original Tour”.  With this ticket we could get on and of the topless busses for a day.  The busses stopped next to our hotel and 9:30 we were sitting in the bus.  While waiting to leave the personnel of “The Original Tour” got into an argument with the personnel of “The Big Bus Company”.  It was an unpleasant way to start the day but eventually we everybody was ready to go. 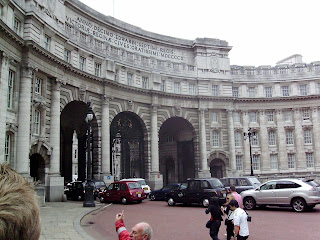 It was a cold and cloudy day but we still decided to sit on top to get a good view of everything.  The traffic was terrible and we were moving very slowly.  The bus stopped at Leicester Square and we walked to the Service Center of Original Tours because this was the start of the Changing of the Guard walking tour. 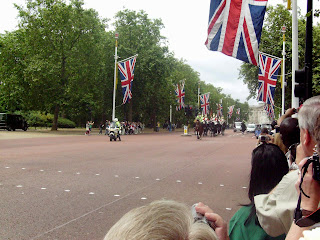 The Changing of the Guards Walking Tour started at 10:30.  We had an interesting guide who told stories about the history of the buildings as we walked by.  Unfortunately I did not write these stories down in my travel notebook and now I cannot remember them.  We briefly stopped at the Admiralty Arch before walking down the Mall. 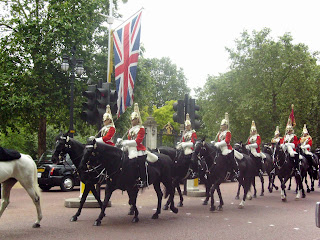 While walking in the Mall the Horse Guards came past us from Buckingham Palace towards Horse Guard’s Parade.  We then continued walking to St James’ Palace where the Changing of the Guards starts.  The guards came out and were inspected.  Then a band joins them and starts playing.  There are a lot of people and the police were everywhere to monitor the tourists.  The band and soldiers then march to the mall and then towards Buckingham Palace. 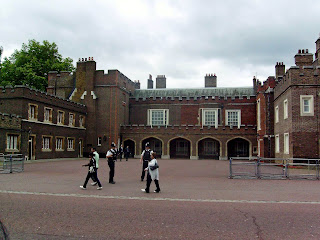 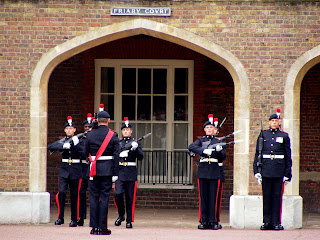 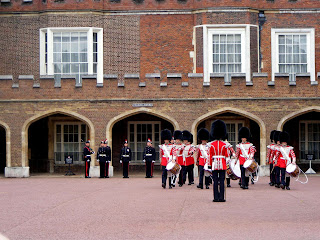 We were still taking photos when our guide told us to move and we walked with the guards. We then walked through St James Park to get to the side of Buckingham Palace.  We were just on time to see the band and soldiers passing and entering the Palace Grounds. 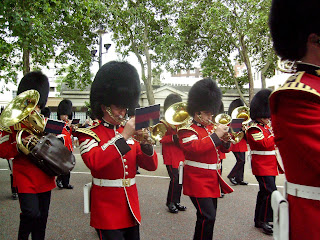 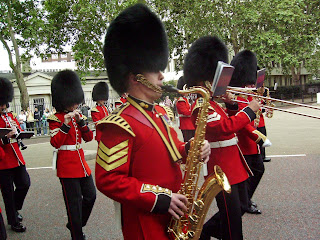 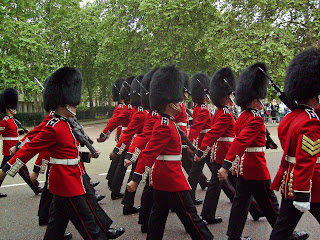 We did not go closer to the Palace to see the guards changing but in stead walked back to The Mall where we saw the new Horse Guards passing.  We continued walking to Clarence House to see a less crowded and smaller changing of guards. 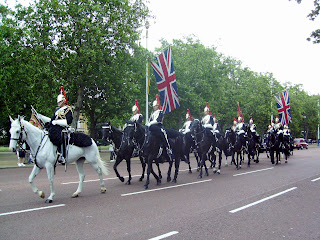 In the last part of the walking tour we walked to Nelson’s Column and Pall Mall with its Gentlemen’s Clubs and ended back at Original Tour’s offices.