October 26, 2012
After walking on a Swiss Alps we drove to Lucerne for souvenir shopping.  We bought Swiss army knives and the most delicious chocolate.  At about 18:30 we walked to our hotel and had to cross over the Spreuerbrücke.  This bridge has interesting “Dance of Death” roof panels. 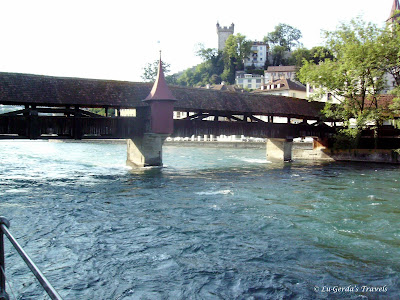 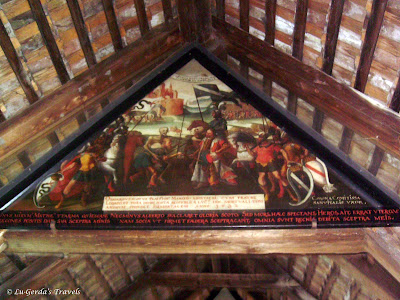 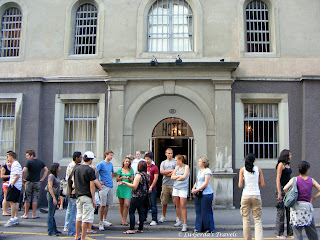 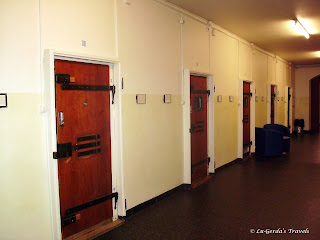 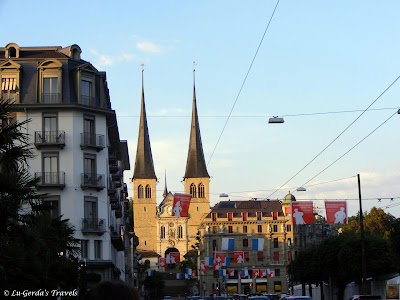 The water of Lake Lucerne was clear and had a blue green colour.  There were swans swimming around the boat as we left the shore for a cruise on the lake.  We each got a drink and we decided to try a Swiss beer. 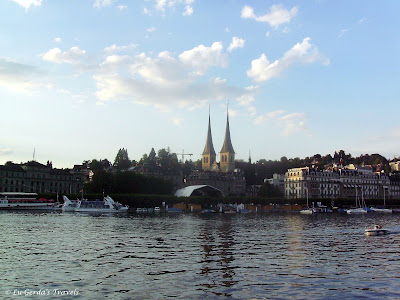 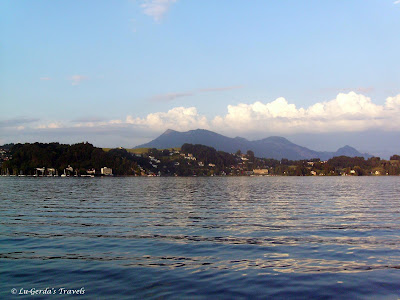 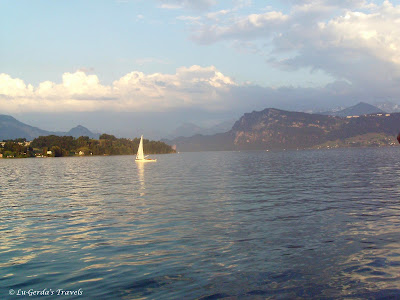 It was a great evening with a light breeze in the air that got a little cold at the end of the night.  The lake was so pretty with the mountains all around.  At about 21:00 the sun started to set and turned the sky in the most wonderful colours. 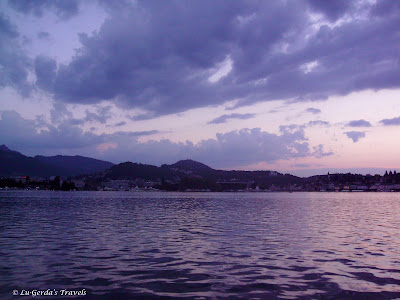 The cruise ended at about 21:30 and we walked to the Lion Monument.  This monument of a lion is in a cliff with a small pond in front of it.  It is a memorial to the Swiss Guards who died while protecting King Louis XVI of France during the French Revolution in 1792.  The lion is huge and much bigger than it looks on pictures.  (I visited it again in 2011. Read more here. 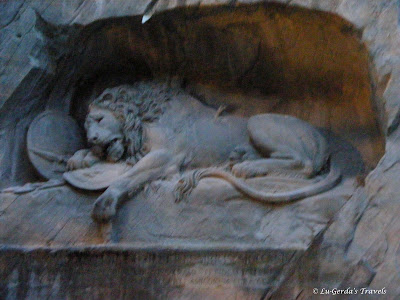 We then walked back to the hotel in the quiet streets of Lucerne.  It was Sunday and most shops and restaurants were closed.  There is a bar in the hotel making a lot of noise. We decided to get some sleep and the noise from the bar did not bother us.