April 18, 2012
At about 12:25 we walked from the Hofkirche with Löwenstrasse.  We stopped at a shop or two before reaching the Lion monument and Glacier Garden 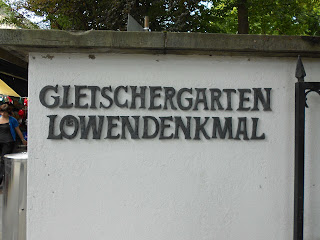 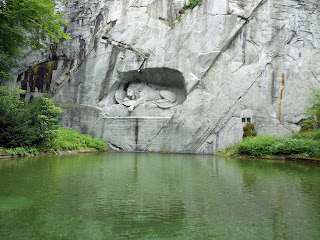 This is a huge monument of a dying lion with a spear in his side was carved out of the cliff.  It commemorates the Swiss Guards of Louis XVI of France who died while defending the Tuileries palace during the revolution in 1792. Most of the Guards who survived were captured and executed. 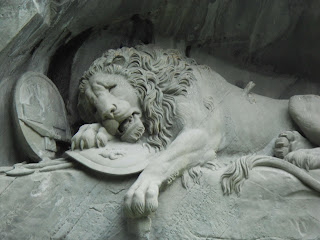 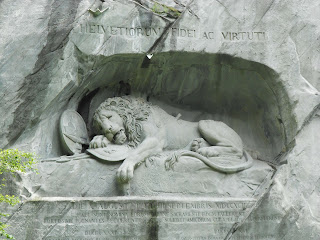 The Latin inscription HELVETIORUM FIDEI AC VIRTUTI means “To the loyalty and bravery of the Swiss”.  The names of the guards are also listed engraved on the cliff.
Even on my second visit to the Lion monument it was still amazing to see.  The huge Lion carved out of the cliff as if it belongs there.  There is a great atmosphere in the area around the monument.

Next we walk to the Glacier garden.  We could enter for free with our Swiss Passes (Normal price is CHF17) and decided to see what a Glacier garden is.

Gletschergarten or Glacier Garden
The Glacier garden was opened in 1873.  Potholes were discovered while building a wine cellar in 1872. These potholes were formed when the water of melting glaciers fell on rocks.  The Glacier garden was started to preserve these potholes.  The potholes shows that Lucerne was once covered with glaciers.  Fossilised mussels and palm leaves was also found and this shows that Lucerne was a beach about 20 million years ago.

We walked through the museum and saw the potholes, traces of the ice age and the Amrein’s House. 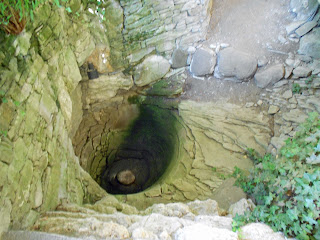 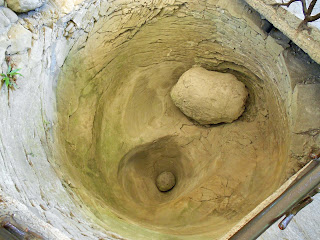 We walked up 110 stairs to reach the observation tower.  Mom decided to wait while I climbed another 46 stairs to the top of the tower with an amazing view of Lucerne. 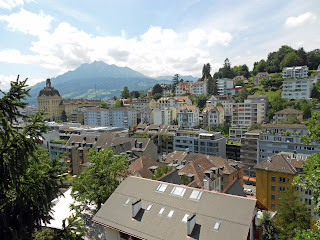 We walked through the Mirror Maze.  This maze was made in 1896 with 90 mirrors.  When walking it looks if the corridors are endless but they are actually short.  The corridors has turns and we almost walked into some mirrors because we could not distinguish between the mirrors and corridors. It was a weird feeling but a lot of fun. 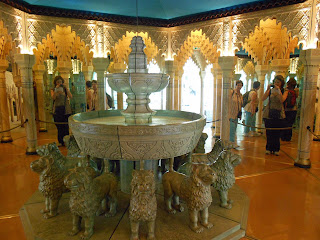 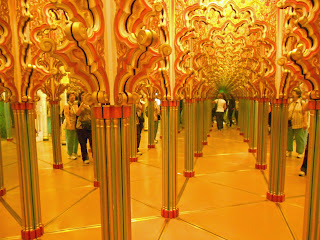 At about 13:30 we left the glacier garden and walked to Löwenplatz.  We sat on a bench and ate some chicken for lunch.
Switzerland 2011
Location: Lucerne, Switzerland