November 04, 2012
We left Fort Beaufort and drove 40 kilometers on the R63 to Adelaide.  Adelaide is another small town in the Eastern Cape.  In 1834 a military encampment named Fort Adelaide was started here and it grew into the town.  It was named after the wife of King William IV.

We did not know a lot about the town and did not know where to go.  Unfortunately our visit was at the same time as pension day (when all the unemployed and elderly people get their state pensions) and the town was very busy.  We spotted the church tower and (because we love photographing churches) drove in that direction. 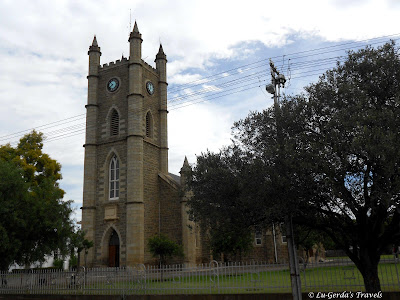 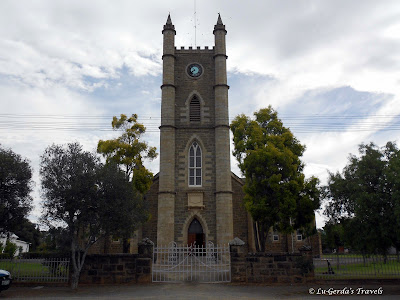 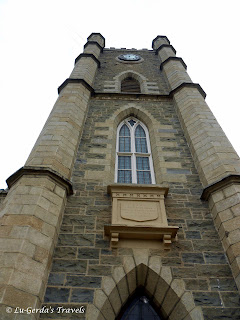 We took some pictures of the front of the church but the main gate was closed.  We then spotted an open side gate and went inside.  The lady working in the church was very friendly.  She and a helper gave us a tour of the church and tower. 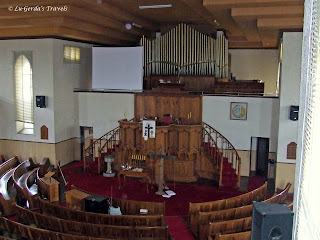 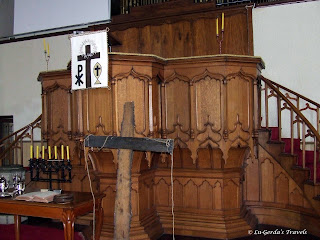 Building of the church started in 1859 after a long struggle to decide where the church should be built (Glen Lynden, Bedford or Adelaide) and problems to get ownership of the land. The stone church was completed in 1862.  (The detail of the history can be read in Afrikaans on wikipedia) 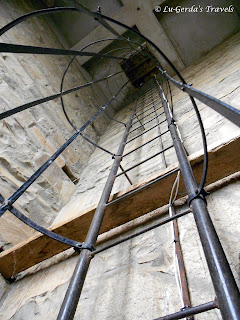 The tour of the tower did not go so well.  We went up to the entrance and I had to climb up first with the ladder.  When I almost reached the top I realized that there was a gap between the ladder and the floor where the bells are and I need to pull myself up.  I tried without success.  I also realized that when I get to the top I would have come down again later.  That was when I decided to turn around.  But the husband was already on the ladder with the helper after him.  They both had to go down before I could.  Back on the ground the husband decided not to climb back up.  I was disappointed that I did not try harder because the view from the top must be amazing.

After leaving the church we stopped at the War Memorial where husband got out to take a few photos. 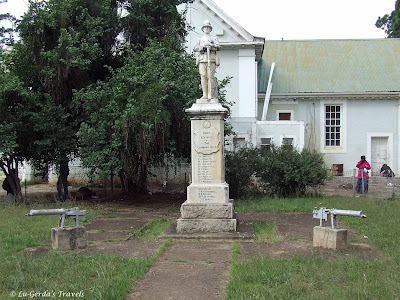 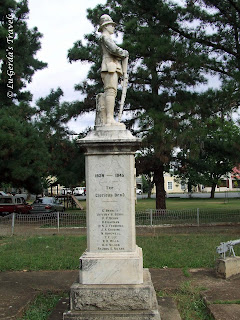 We arrived in the town at about 11:00 and left about 20 minutes later.  Our next stop on our way to Graaff-Reinet was Bedford.
Churches Eastern Cape Monuments
Location: Adelaide, South Africa