October 09, 2012
The next day in Grahamstown was a public holiday and the museums were closed.  We started the day by driving to the Artisan’s quarter and walking around for a while.

The British Settlers were not farmers and soon after arriving they started to move from their farms into the town.  This area of Gramhamstown developed from 1823 when from these Settlers.  The lots and houses were small.  It was named the Artisan’s Quarter after the inhabitants who were skilled artisans or "artificers". 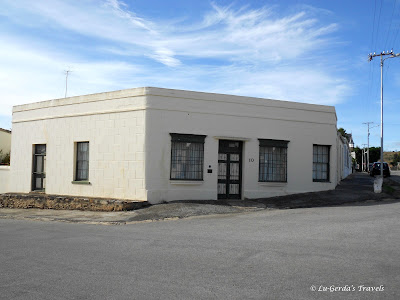 The artisan’s quarter has many restored Settler houses form the 1820’s.  There are streets full of these houses and many have been declared National Monuments.  The cobbled gutters still exist and on the street corners there are still some wagon stones to protect the houses form damage by passing wagons. 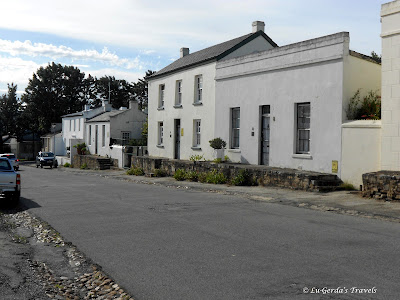 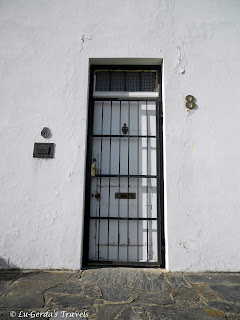 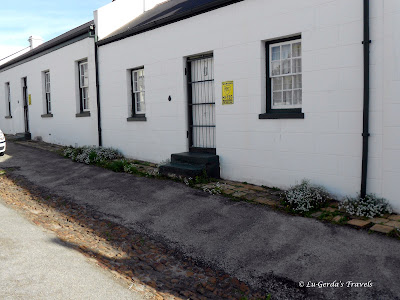 An interesting building was the Baptist Mother Church.  From the outside the building does not look like a church.  It was only when I read the plaque attached to the wall that we learned that it was a church.  This was the first Baptist Church in South Africa and was built in 1823. It was used until 1843 and was then divide in three dwellings.  It has now been combined again and was declared a National Heritage Site in 1977.
We then reached the Anglican Church of St Bartholomew in Market Street.  Due to class divisions the elite attended the Cathedral or “High Church” and the lower class the “Low Church” or St Bart’s.  The church was built by soldiers and was completed in 1859. 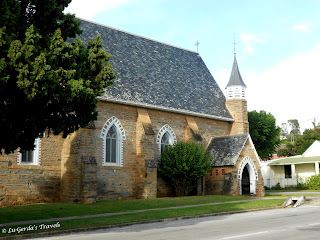 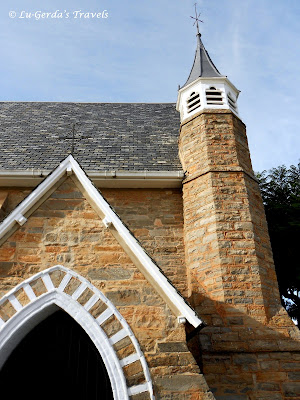 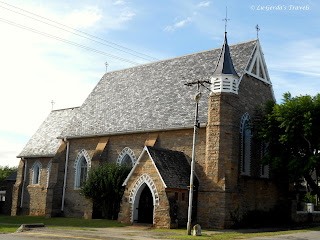 Close to the church is Merriman House.  This house was originally owned by Bishop Merrimen, the third bishop of Grahamstown. 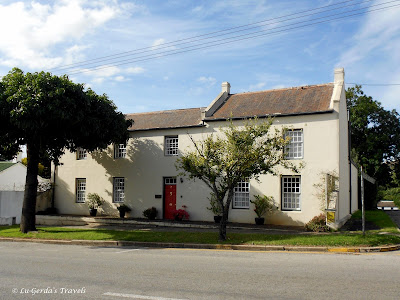 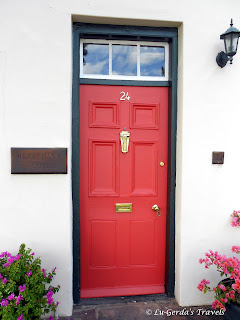 We also saw Cock House.  This double storey house in Market Street dates back to 1826 when Benjamin Norden, a British Settler, acquired the erf.  It was declared a National heritage Site in 1992 and is now a guest house and restaurant. 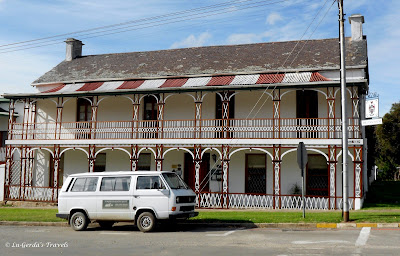 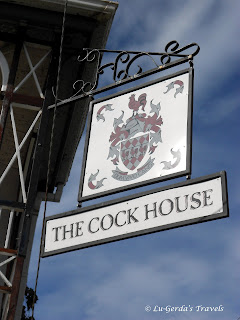