September 24, 2012
Today is Heritage Day in South Africa.  It is a public holiday and we are in Beaufort West.  I have scheduled a few posts for the weekend with some of the National Heritage Sites we saw in Grahamstown in April and May this year.

A fun stop on our last day in Grahamstown was the Oldest Official Letter Box in South Africa,  It can be found where the North-west end of Worcester Street intersects with Somerset Street.  The pillar box became a National Monument on 17 march 1989. 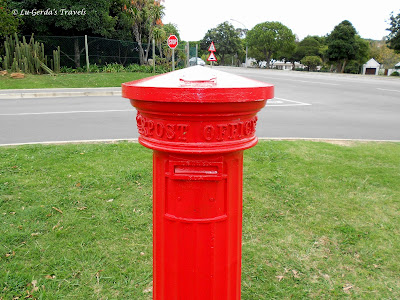 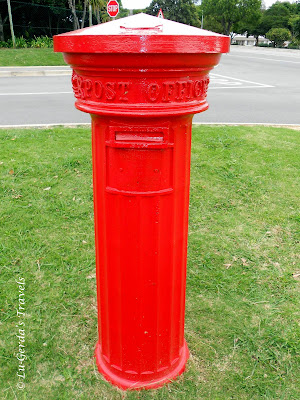 The following description was found on the website for the South African Heritage Resources Agency:
"This pillar box, belongs to one of the earliest documented British made post boxes, the fluted type supplied in 1857. This was one of 19 distinct types of pillar boxes supplied to the British post office in the period, 1852 to 1859 i,e, before the first National Standard pillar box became available in 1859. As only 5 of this fluted type are known to survive in Britain itself,this indeed a very rare piece of postal history." 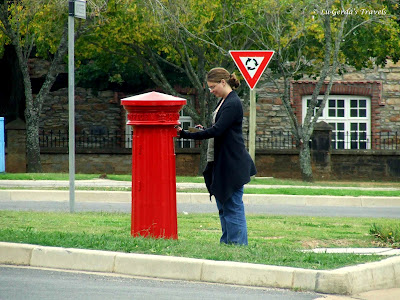 We bought postcards for all the family and posted it in the old post box.  According to Grahamstown’s tourist website letters posted from the post box receive a special frank.  We were a bit disappointed when the post cards arrived at the family without special franks.  But they still enjoyed receiving the postcards and hearing where they were posted. 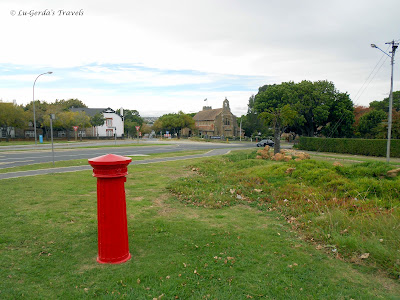