August 19, 2012
While visiting Bathurst we stayed the night at The Historic Pig & Whistle Inn. 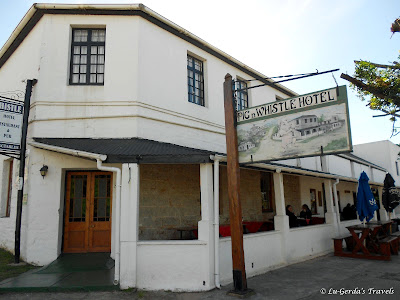 After a busy day of exploring the Big Pineapple, Toposcope and The Anglican Church it was great to relax in a comfortable room.  Our room was spacious, clean and comfortable (Although there was no TV in the room we could watch rugby in the pub).  The only negative was that the bath/shower could do with some upgrading. 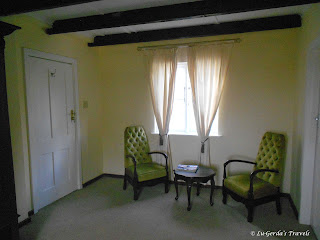 Later we went down to the Pig & Whistle Bar for a drink in the oldest licensed pub in South Africa.  It was established in 1832 by Thomas Hartley, a blacksmith who cam from Nottinghamshire with the 1820 Settlers. It was originally called "The Bathurts Inn" and was next to his Blacksmithy. 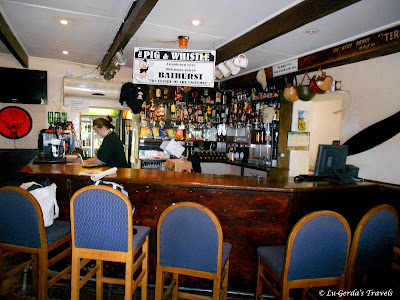 The name changed to "Widow Hartley's Inn" after his death in 1840 when his widow Sarah took over.  The current name was given to the Inn by the RAF members based close to the town during the Second World War. 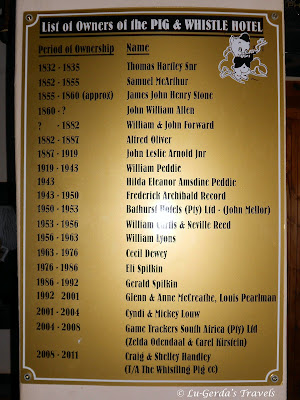 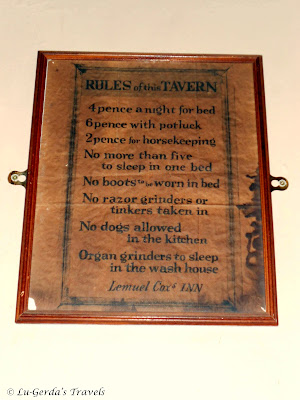 It was a lovely night, a bit cold but no wind outside. We sat on the stoep and enjoyed the quietness of the small town before going to bed.

Sunday morning we ate breakfast in the restaurant inside the Pig & Whistle Inn.  We then drove to the around in the town to see some more of the old buildings.
A church school was started by Rev Boardman and moved to the current location in 1827.  It was known as the Bathurst Grammar and Mathematical School.
﻿ 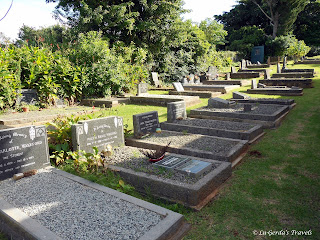 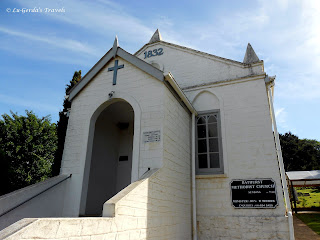 This church was built by samuel Bradfield in 1832 and is still in used.  It is a National Heritage Site.
﻿This house was built for Lt. Alexander Bisset in around 1825 and was restored by Brigidier Nauhaus in 1883.
Thomas Hatley built Morley House in 1828. It was restored in 1981 and is a private home and is not open to the public.
Bathurst Churches Eastern Cape National Heritage Sites
Location: Bathurst, South Africa