In 1835 the Governor, Sir Benjamin D’Urban, granted the land for a library and Commercial Hall.  It was completed in 1848.  After the Court House burned down the library temporary moved to the Town Hall.  When they could move back in 1885 they realized the building was too small and started to plan the new building.

The present building was designed by Henry Cheers of Twickenham, England and was opened in 1902.  The terracotta façade was manufactured in England and was sent to PE in numbered pieces to be assembled or site.  It was declared a National Monument in 1973. 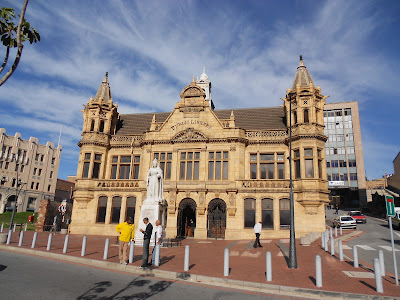 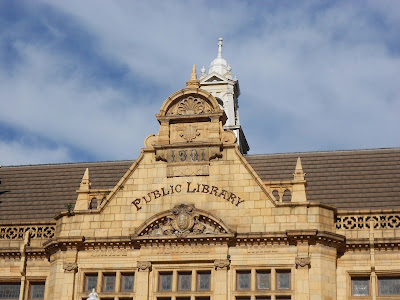 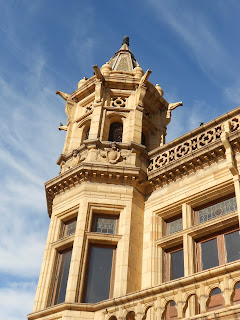 Visitors are welcome to visit the inside of the library.  We received a page with information about the library and walked through the rooms with pretty stained glass windows and loads of books.  I could have spend the whole day in this library but there was still a lot to see in PE. 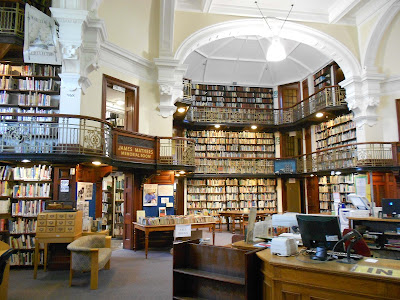 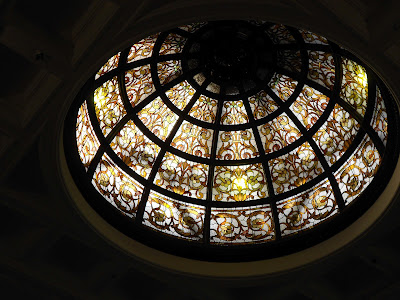 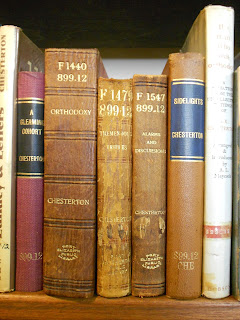 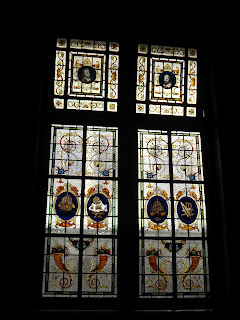 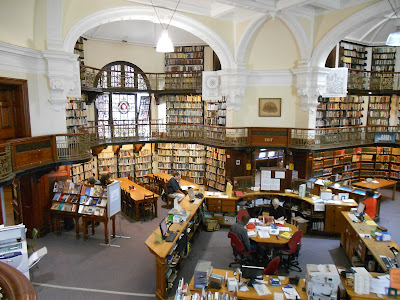 In front of the library stands a statue of Queen Victoria, which was erected in 1903.  It is made of Sicilian marble and was restored in 1992. 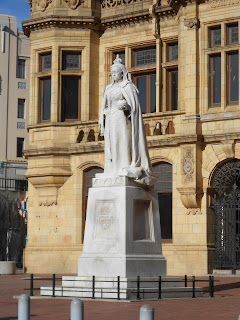 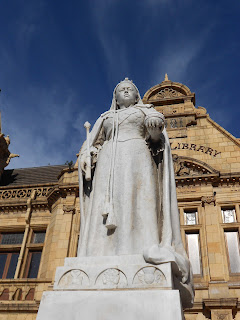