June 09, 2012
After visiting the Library we crossed the street to reach Market Square.  It was a bit of a disappointment as this square is used as parking space for cars.  A sign on the paving in the square shows that is was declared a National Heritage Site in 1974.

Market Square used to be central point for buying and selling of goods and was also used as a social gathering place for locals.  In the square there is a replica of the cross that Bartholomew Dias placed along the coast of Africa on his journey in 1488. 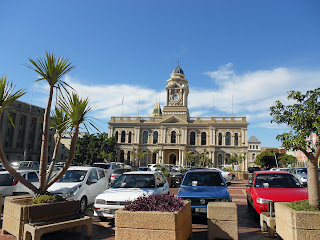 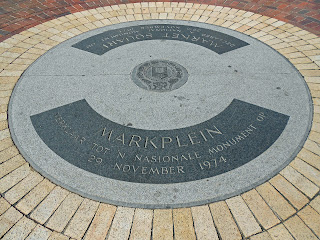 Public toilets in the PE are scarce and not always clean.  I asked if I could use the bathroom inside the Town Hall and the staff had no problem letting me inside.  Compared to the beautiful outside of the building the inside was quite ordinary. 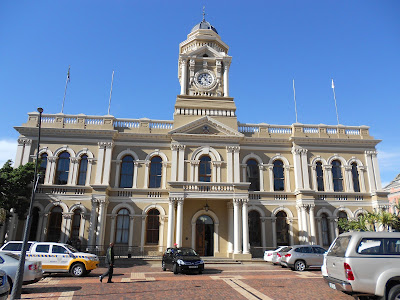 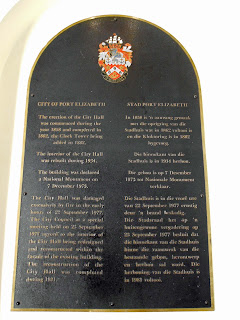 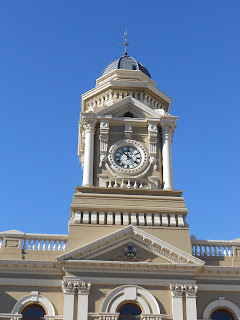