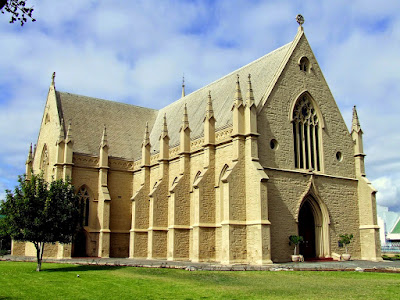 One of our stops when we visited Oudtshoorn was the Dutch Reformed Mother Church on the corner of High Street and Church Street.  Unfortunately the gates to the church grounds was locked and we could not take a closer look or visit the inside. 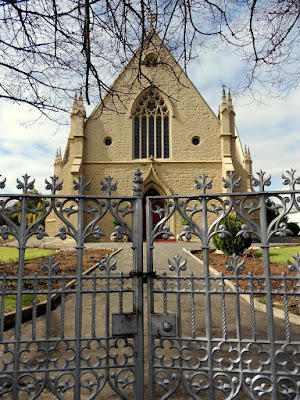 The foundation stone was laid on 15 January 1861 but work was stopped in the 1860’s due to the lack of money and a problem due with the wall because the plans were read incorrectly.  In 1876 Carl Otto Hager was appointed to complete the church and work stared again.  The church was complete and consecrated in 1879. 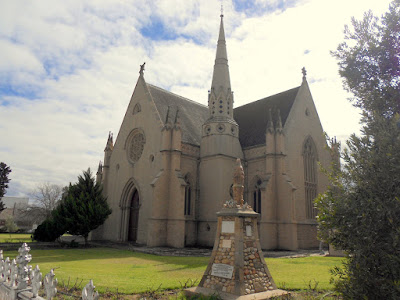 It was built from local sandstone and is a national monument.
The hall next to church was completed in 1895.