June 06, 2013
We were up early on our last day in London and started packing.  We checked out and then paid to leave our bags in the hotel cloakroom for the morning. 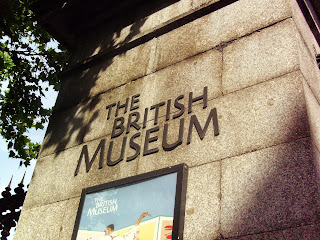 We then walked to the British Museum but (after making a wrong turn) had some trouble to find it.  We eventually reached the museum just before they open. 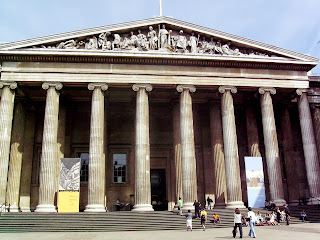 The museum is big and we had no idea where to begin.  We walk through the Egyptian displays with lots of mummies and statues.  We then decided to go to the Africa section and then walked around a bit more.  In the end we did not spend a lot of time in the museum.  We were to tired to enjoy the history and archeology. 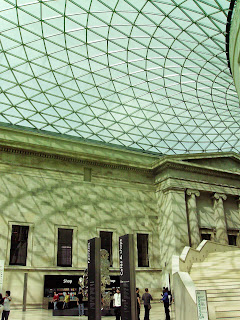 We left the museum and bought some food for lunch.  We walked to Russel Square and ate on a bench.  It was nice to relax for a while. 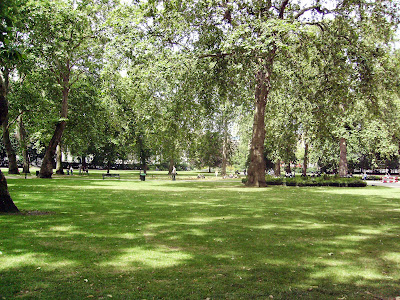 It was still early but we decided to get our bags and go to the airport.  And it was a good thing because there were many delays and it took us more than an hour to get to the Heathrow Airport.  We checked in our luggage and then sat outside for a while and then walked through the duty free shops before going to our boarding gate.  Our seats were in the last row of the plane with only the kitchen behind us. 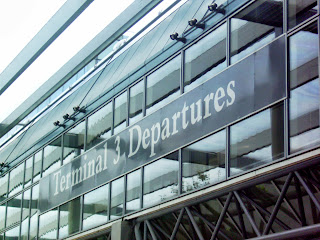 Our plain left London at 17:00 and the flight was 6 hours.  Due to the time difference we landed in Dubai at  about 03:00 in the morning.  We did not sleep on the flight and was very tired.  We walked around for a while but then found some chairs to sit. Very soon Lelanie was fast asleep while I sat with closed eyes but could not sleep. 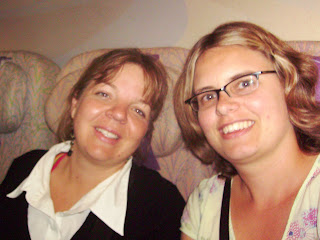 We had to wait almost 6 hours for our next flight.  Lelanie was still half asleep when we had to board.  We seats were not together and after boarding I did not see her again until Cape Town.  I worried a bit that she was so asleep and that she got on a wrong plane.  But the only reason I did not see her during the flight was because she slept.

The 9 hours flight felt a lot longer but we were very glad to land in Cape Town at about 16:30.  My Mom and her friend came to get us.  It was nice to see them again.  After traveling for more than 24 hours we were not finished yet.  We still had to drive about 4 hours back to Mossel Bay.  Mom wanted to know everything about the trip but we just wanted to sleep. 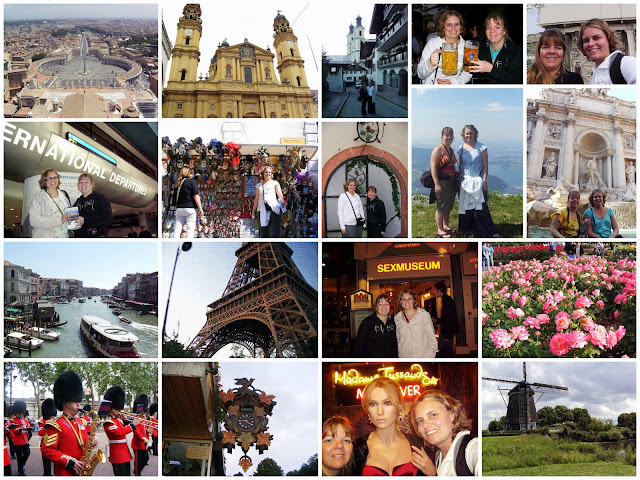 This trip was amazing. I saw places that I always dreamed about and when I look at the pictures it still feels unreal.  We enjoyed the Contiki Tour of Europe.  It was a very good way to travel on our first trip out of SA and gave us confidence to explore London on our own. It was great to share the trip with a good friend.