Carnarvon: Corbelled Houses and a Monument

April 03, 2013
Our trip to Carnarvon was unplanned and we did not know much about the town.  We visited the churches and then walked and drove around in the town.

In 1907 a hall was built for the Dutch Reformed Church.  It was also used as community hall until the new community center was built in 1973.  The hall is now used by the Carnarvon Museum.  Like most museums in South Africa it was closed on Sunday and we could only see the outside of the hall. 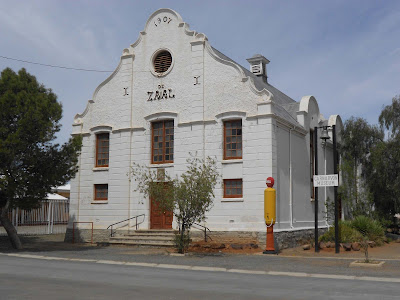 Next to the hall was an interesting hut.  It is called a corbelled house but we had no idea what the hut was used for or who built it.  Back home I learned that the Trekboers (nomadic farmers) built these small domed roofed houses between 1811 and 1815.  Due to the lack of wood the roof was also built using flat stones.  The stones in the roof were used as “scaffolding” while building the house and to reach the roof for repairs.

The corbelled house was moved there from the farm Briesiesputs and was rebuilt next to the museum. 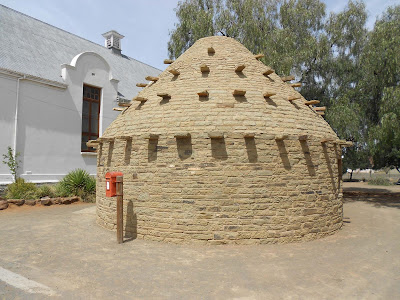 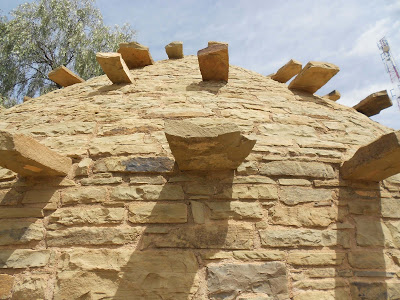 We also stopped at a cottage in Church Street.  It was beautifully restored and is a Heritage Site. 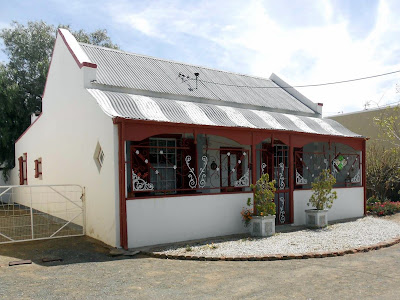 We then drove to an older part of the town.  Later I learned that this area was the first settlement in Carnavon and is called De Bult.  The many original houses is still in used but they are neglegted. 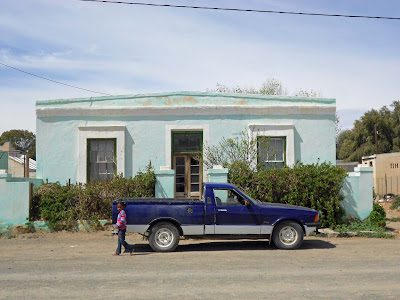 We then found a monument in the street. H quickly identified the abbreviation SAKK as Suid-Afrikaanse Kaapse Korps or South African Cape Corps.   The monument was to commemorate the coloured soldiers who died between 1914 and 1945. 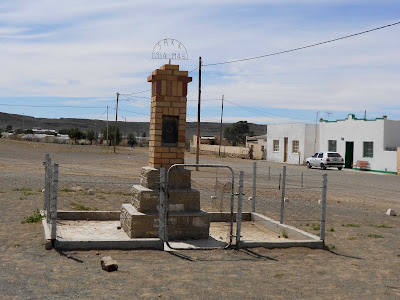 The military units for the coloured population have a long history.  Different units with different names were started and disbanded since 1781.  In 1915 it was re-formed to serve in World War I and later World War II.  In 1975 the South Africa Defense Act was changed to give Coloured soldiers “equivalent status to whites” and was renamed South African Cape Corps Battalion.  Since 1994 coloured soldiers serve along their follow South Africans. 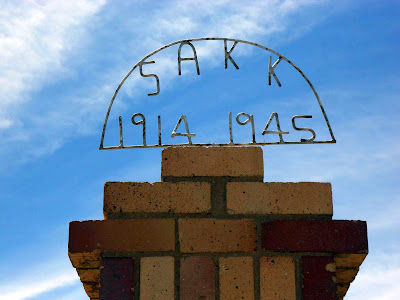 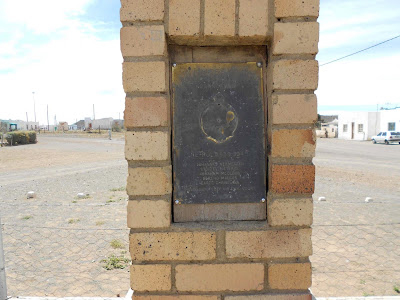 I was a bit disappointed in Carnarvon but since returning home and reading about the town I realized that we did not know enough before visiting.  We could have done the Historic Houses Walking Trail through town or visit the rebuilt English Fort.

One thing I learned during this trip is that it is better to do a bit of research before visiting the small towns in SA.  Try to find a website for the town or contact the tourism office before leaving otherwise it is easy to be disappointed.  (And do even more planning if your visit falls on a Sunday because chances are good that everything will be close)
Monuments National Heritage Sites Northern Cape