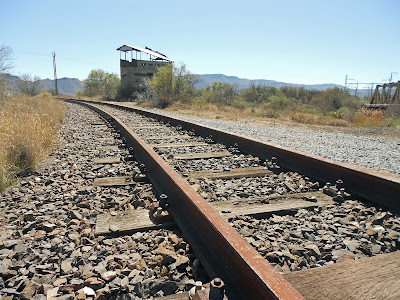 While searching for information about Beaufort West I read about an old blockhouse.  Unfortunately I could not find out where exactly it was.  My husband said that blockhouses were usually built near a railway line or railway bridge.  We then saw that there is an old railway bridge on the map of the town and took a chance. (If you want to go, the railway bridge is near the golf course) 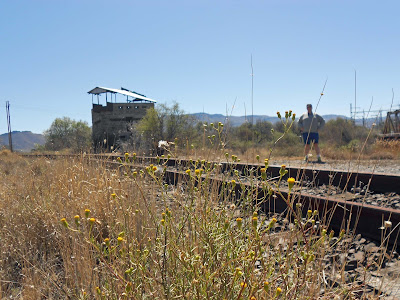 This restored blockhouse was built during the Anglo-Boer war in 1901.  It guards the railway bridge on the road south.  We had a lot of fun taking pictures of the blockhouse, railway bridge and railway.  Here are some of my favourites: 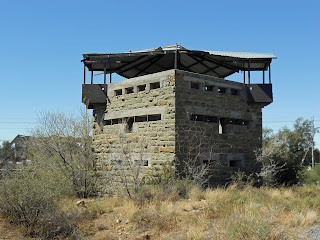 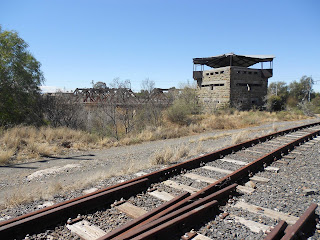 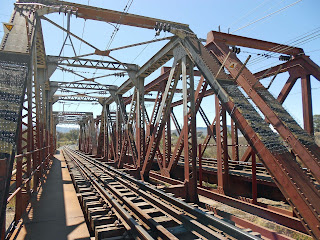 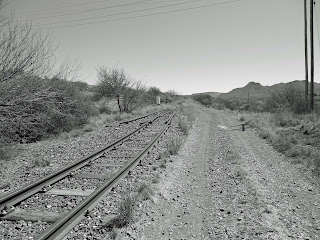 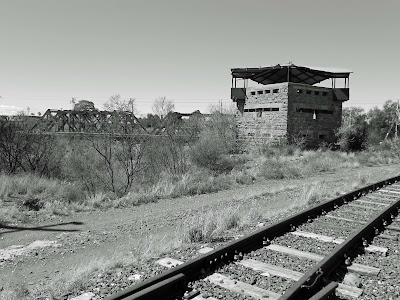 From the blockhouse we drove a bit further on the dirt road until we came to the top of a hill.  There was a beautiful view of the town and the Gamka dam. 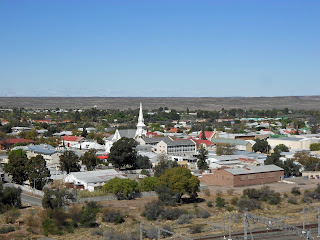 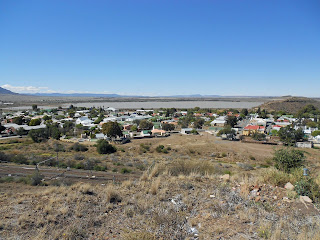 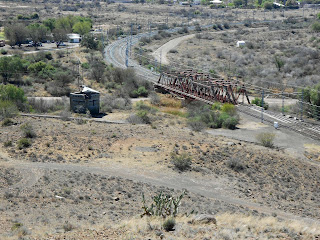 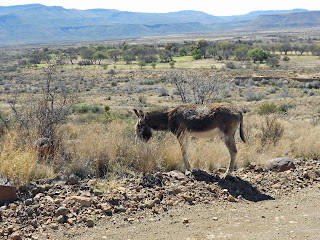