January 13, 2013
In July 2012 my husband had to go to Port Elizabeth for business and we decided too make it a day trip.  We stayed over at my parents in George on the Friday night and left early on Saturday morning.  PE is about 322 km from George and we had a nice drive.  We stopped for breakfast at Stormsriver. 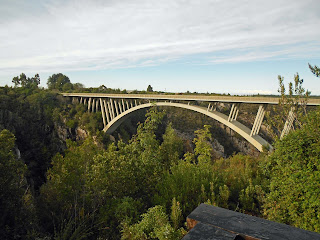 After the business was done we drove to the Cape Recife Lighthouse.  The lighthouse is in the Cape Recife Nature Reserve.  It was built in 1851 to warn mariners of Thunderbolt Reef.  It is 24m high and is built on a rock foundation.  Unfortunately the lighthouse was being renovated. 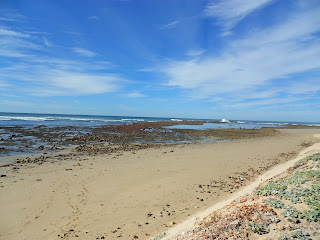 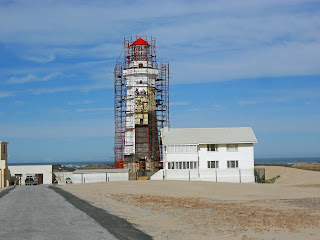 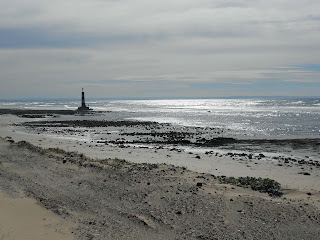 Next we drove back to the city to the Donkin Reserve.  Earlier in the year we visited also visited the Donkin reserve and I wrote about the pyramid and the Hill Lighthouse. 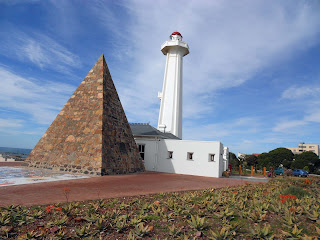 This time we came to see the flag. This is the highest flagpole in South Africa and is 60 meters high.  It is also the home of the largest South African Flag measuring 12 meters by 8 meters.  There was a light wind blowing and we could see the beautiful flag blowing in the wind. 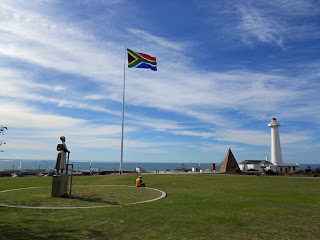 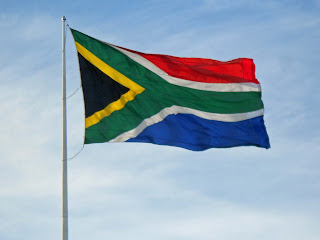 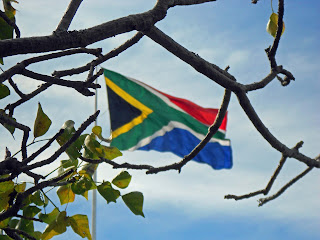 I also stopped for a few photos of the Voting Line Sculpture.  The metal figures represent all the people of South Africa who voted peacefully on 27 April 1994. 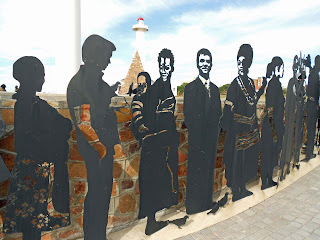 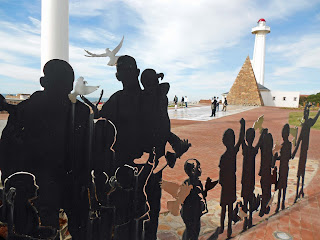 Afterwards it was time to drive the 322 km back home.  We stopped at the Waterfront in Knysna to eat and enjoy the view.  We had a lovely day but a lot of time was spend in the car. 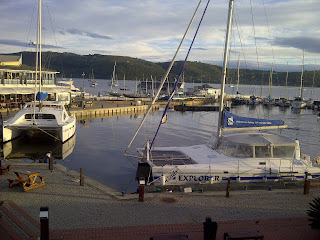 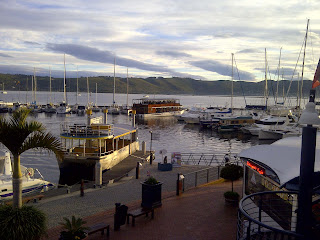