June 06, 2012
After visiting the Piet Retief monument we drove into the city to the Donkin Reserve and Lighthouse. 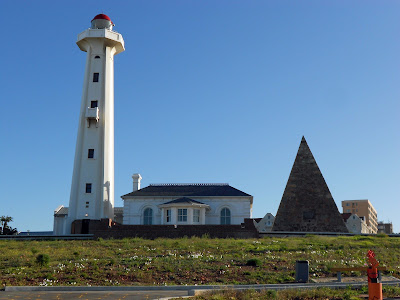 In 1820 Sir Rufane Donkin named the town after his late wife, Elizabeth Donkin, who died in India in 1818 and never came to Port Elizabeth.  A memorial pyramid was build for her and was declared a national monument in 1938.
There are two plaques on the pyramid: 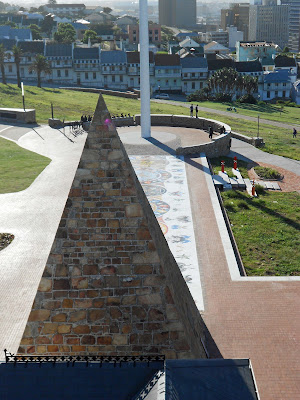 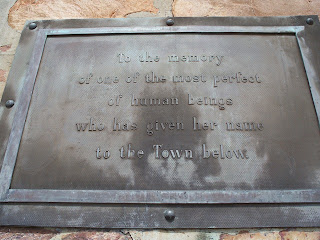 The Donkin Lighthouse was built in 1861 and the attached Lightkeeper’s Cottage in 1865.  In 1932 the height was increased because the lights from the developing city was interfering with the visibility.  Eventually the lighthouse was taken out of commission in 1973 but still serves as a beacon for ships.

For a fee of R5 per person one can climb the steps to the top of the lighthouse.  After paying we were given the key to enter the lighthouse.  The steps are very narrow and steep. It feels more like you are climbing a ladder and not stairs.  I did not count the steps but according to the some internet-sites there are 85 steps. It felt like a lot more. 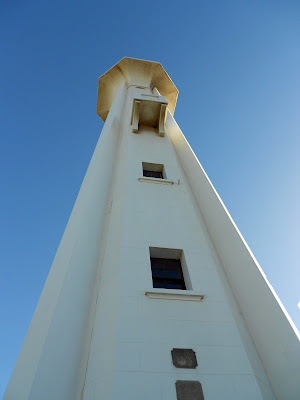 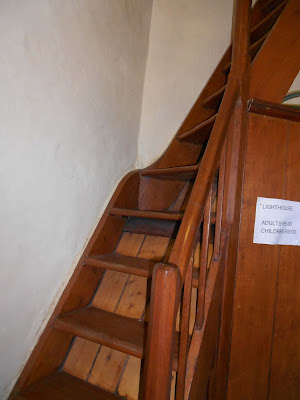 The view from the top of the lighthouse was amazing.  You can see the harbour and see all the church towers standing out above the buildings.  But after taking photos and enjoying the view we had to climb back down.  And this was more difficult than it sound on those steep and narrow steps.  We went slowly and eventual reached the bottom.  It is a great way to see the city but I don’t think I will be doing it again. 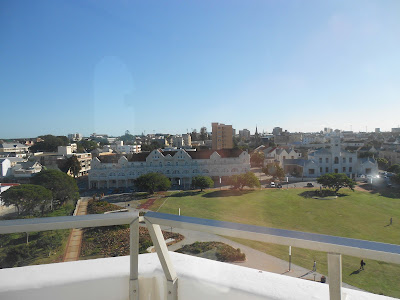 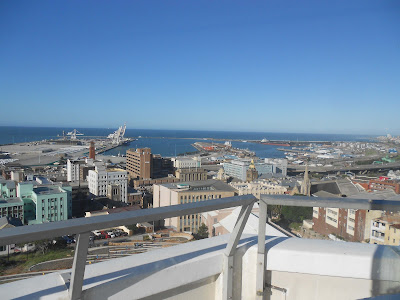 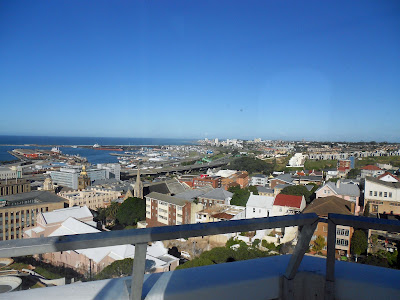