June 05, 2012
After two relaxing days in Plettenberg bay we drove to Port Elizabeth in the Eastern Cape.  We made a quick stop at the Bloukrans Bridge.  The bridge was built between 1980 and 1983 over the Bloukrans River.  The bungy jump from this bridge is the highest commercial bungy jump in the world.  We just stopped for a look and to walk through the craft market. 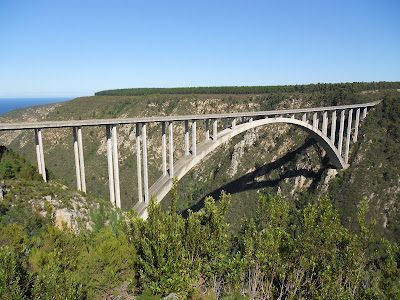 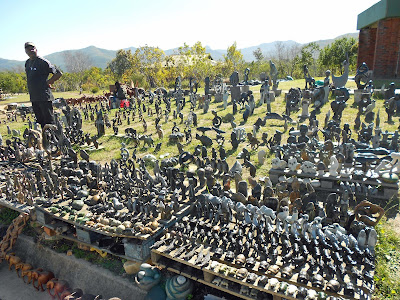 Port Elizabeth is also called PE or “The Windy City” or “The Friendly City”.  It was founded as a town to house the 1820 British Settlers.

We stayed at the Algoa Guest House.  There are 8 rooms and we had a lovely room with lost of space.  There was a full bathroom with a bath and shower.  Also in the room was a small kitchenette with a microwave oven and fridge, TV, DVD Player and small desk. The owners and staff were very friendly and we enjoyed our stay. 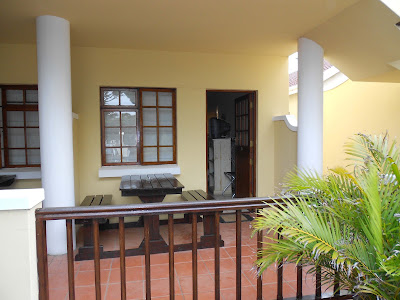 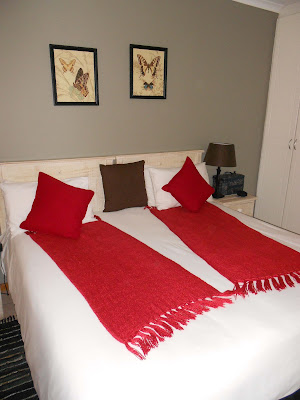 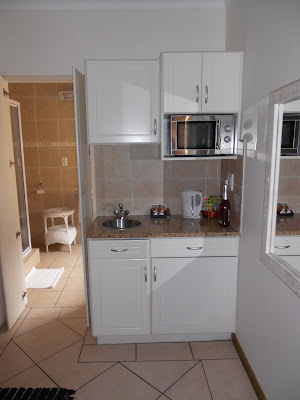 We still had time to do a bit of sightseeing and decided to start with something close to the guesthouse.  The closest sight was the Piet Retief Monument.  Piet Retief was a South African Boer leader and a leading figure during the Great Trek when farmers left the British controlled Cape Colony during the 1830’s.

The monument is found on Marine Drive on Piet Retief’s original farm named “Strandfontein”.  The monument was originally erected in Coega in 1939 to commemorate the centenary of the Great Trek and moved to this sight in 1975. 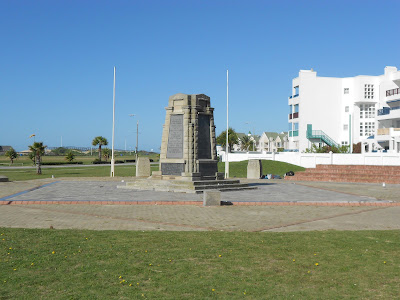 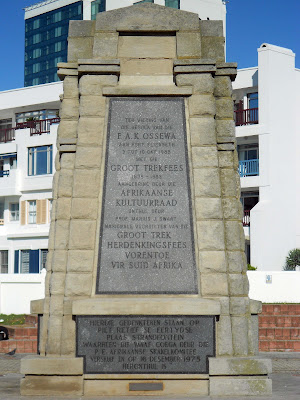