January 10, 2013
We left Graaff-Reinet after lunch on Friday to drive to our accommodation for our last night at Bhejane Game Reserve near Willowmore.  After driving for about 60 km we stopped in Aberdeen.

Aberdeen is a town in the Eastern Cape of South Africa.  Aberdeen was founded in 1856 and was named after Rev Andrew Murray’s birthplace in Scotland.  We were only planning to take photos of the church but once we stopped and started to walk around we found some beautiful old buildings.

Our first stop was at the Dutch Reformed Church in Van Riebeeck Street.  The congregation was started in 1855 and the church was built in two stages.  The first was completed in 1864 and the second in 1908. 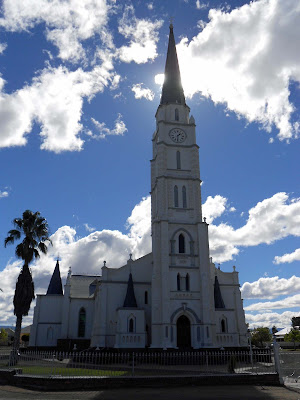 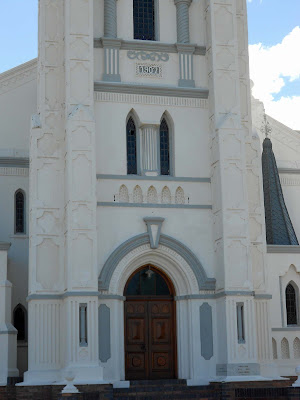 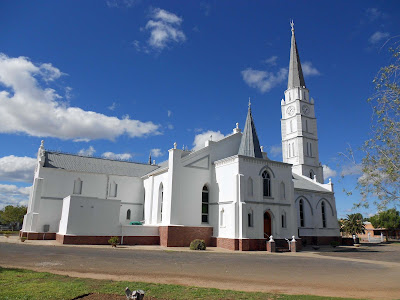 There is almost always something interesting to find while walking in these small towns.  We found this memorial for Carel Petrus van Heerden close to the church.  He was shot near the Dutch Reformed Church while stealing horses belonging to the British during the Anglo Boer War in 1902.  He died close to this spot and his men managed to flee with 54 horses. 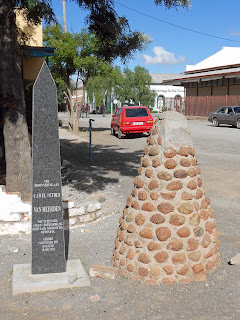 We also saw the Methodist Church in Gray Street erected in 1882. 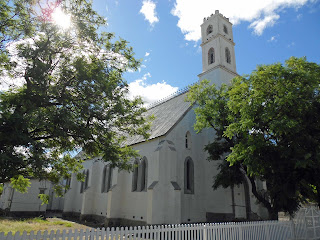 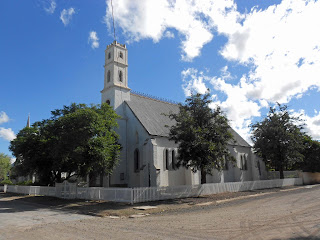 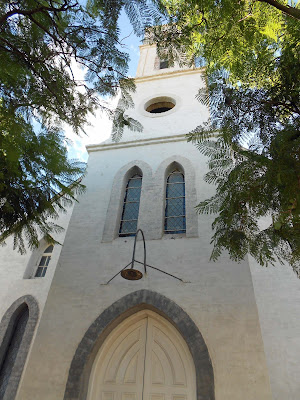 The Magistrate’s Court and Post Office are in a sandstone building. It was built in 1898 and was declared a National Monument in 1991.  On the roof there are two heraldic dragons or griffins. 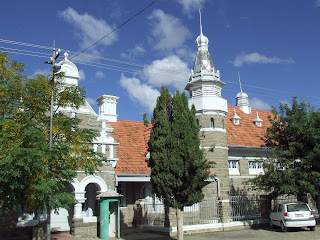 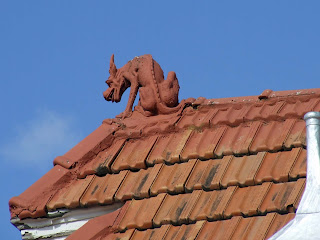 Lastly we stopped at the Historical Church in Van Riebeeck Street.  This church was built in 1894. 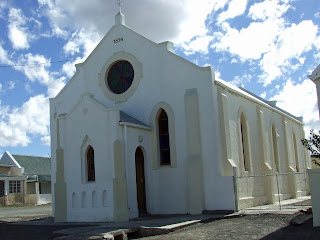