July 03, 2012
There are lots of churches in Port Elizabeth and SOME of them were part of the Donkin Heritage Trail.  We reached the Pearson Street Congregational Church at about 14:00 after starting the trail at 9:00.  It was at this stage that my camera decided it had enough and the battery died.  So we decided to relax the rest of the day and continue with the trail on the next day with some more churches.

Pearson Street Congregational Church
This cruciform or cross-shaped church was opened in 1881 and is surrounded by the original stone pillars and wrought iron railings. 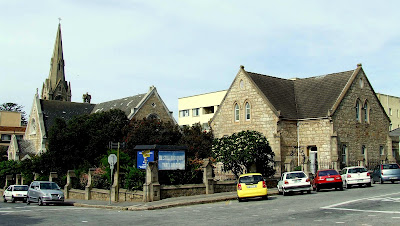 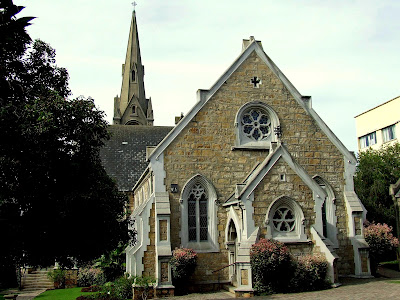 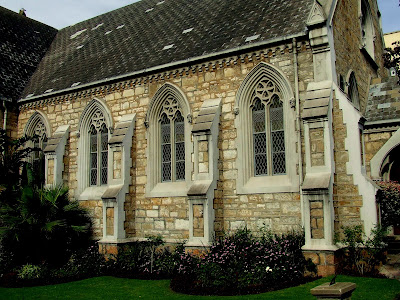 St John Methodist Church
This cruciform church was opened in 1894.  It is enclosed by its original boundary pillars and cast iron fencing. 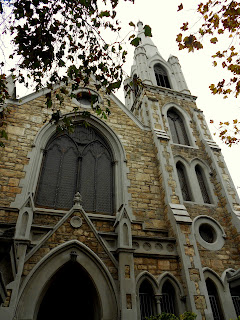 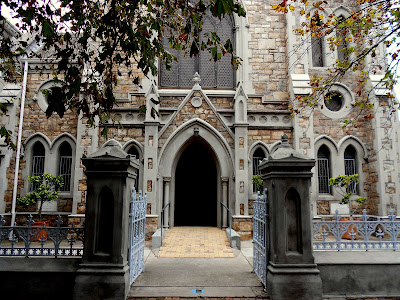 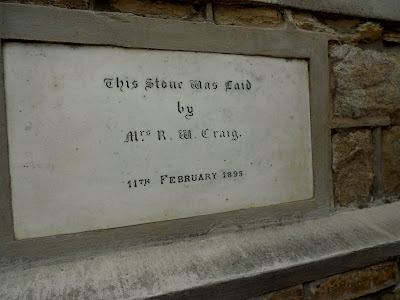 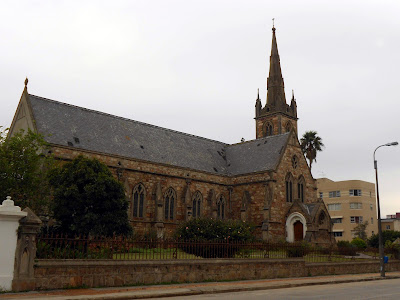 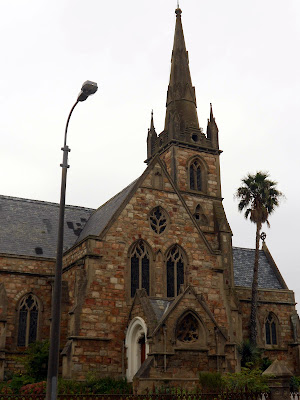 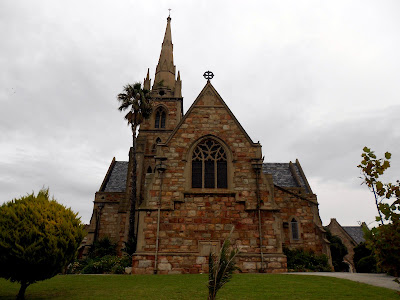