June 25, 2012
Port Elizabeth has a lot of old Terrace Houses.  We saw some of the houses as part of the Donkin Heritage Trail and Richmond Hill Trail.  Some are in a better condition because of restoration.  They look so pretty when painted in different colours and I think I could spend a lot of time on the balconies with their views of the bay.

Cora Terrace
The Cora Terrace is a row of seven town houses facing a lane.  It was built on land granted to Henry Watson.  He died in 1834 in the 6th Frontier War.  His widow Eliza married Joseph Smith and the houses were built from 1858 to 1866.  The terrace was named Cora after Eliza and Joseph’s 16-year old daughter who died at sea when returning from England. 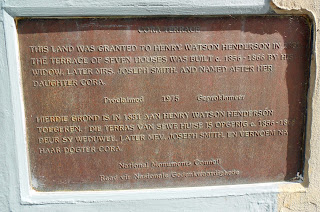 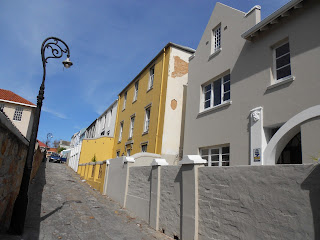 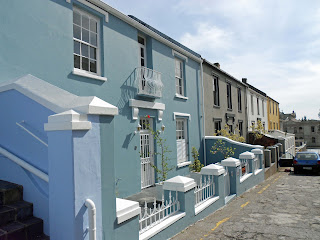 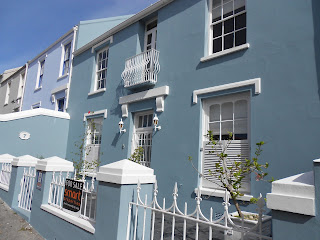 Donkin Street Houses
This row of eighteen terraced houses was built between 1860 and 1890.  The whole row was declared a National Heritage site in 1967.  The houses are built in the Victorian style with cast iron decorations. 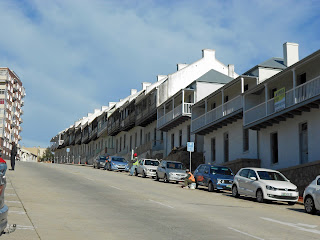 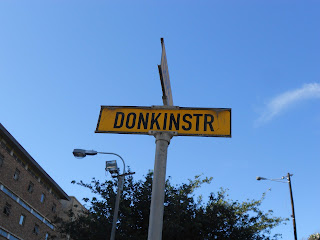 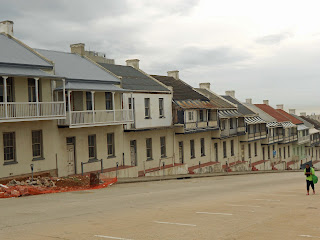 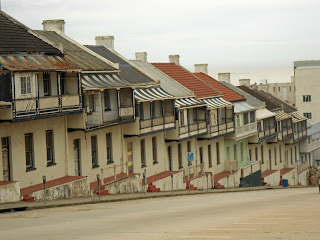 Charmouth Terrace
This row of two-storey terrace houses was built from 1899 to 1900.  Each house has a timber veranda with a balcony.  All of the houses were declared national heritage sites.  House 44 was originally excluded because some of the veranda woodwork was replaced but was also declared in 1989. 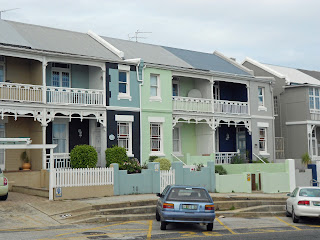 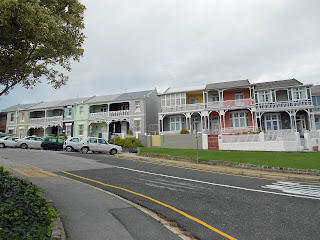 Sherlock Street Terraced Houses
A.H. Brookes built these 12 double-storey terrace houses in 1899.  They are plainer than the Charmouth Terrace houses with only a small balcony to look at the bay. 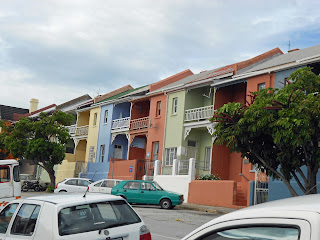 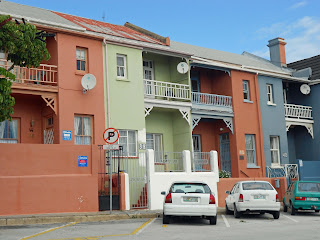 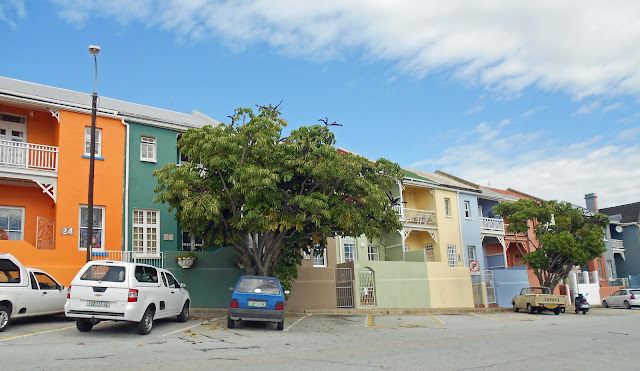 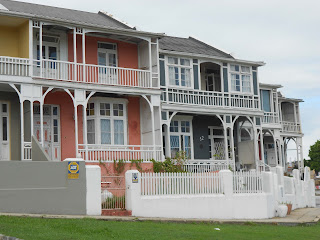