June 11, 2012
Next stop on the Donkin Trail was the Prester John Monument.  This monument can be found at the back of the City Hall in Fleming Square.  The monument consists of a large cross with two figures, one of Prester John and the other a Portuguese navigator.  It was created by South African sculptor Phil Kolbe and unveiled on 3 May 1986.  It is believed to be the only monument in the world for Prester John. 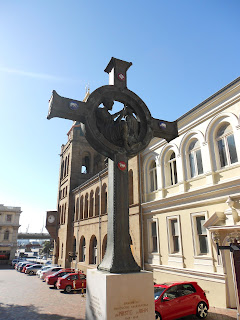 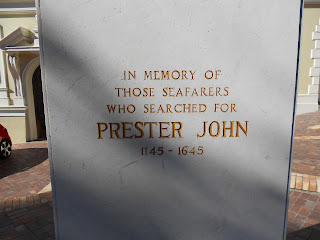 The interesting part about this monument is the Legend of Prester John.  This was the first time that I heard about this legend and it was very interesting.

The legend of Prester John sparked the exploration of Asia and Africa from the 12th century to the 17th century.  It started because of a letter from 1160’s claiming to be from Prester John and this letter was copied and distributed across Europe.  He lived in a kingdom that had rivers with gold and was home to the fountain of youth.  The search for this kingdom was one of the reasons why Bartholomew Dias had to find a route to India in 1487.  It was during this journey that Dias landed on the South coast of Africa at Mossel Bay and Port Elizabeth. 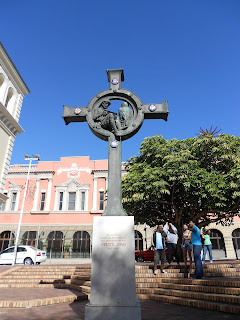 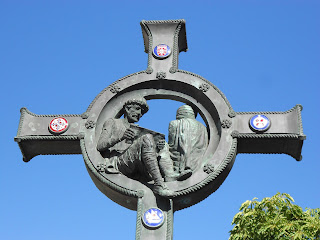