June 13, 2012
Walking from the Port Elizabeth City Hall towards the harbour and railway station there are two old buildings

HS Greaves designed the Old Post Office in 1897.  It was opened to the public on 25 June 1900 but was only completed in 1902.  It is behind the City Hall in Fleming Square and the 41m-high tower can be seen from far.  It was declared a National Heritage Site on 26 October 1984.

This building now stands empty and neglected with graffiti painted on the doors and grass growing in the gutters.  It is sad to see a beautiful building being wasted. 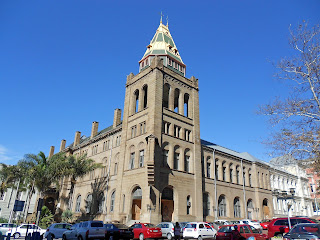 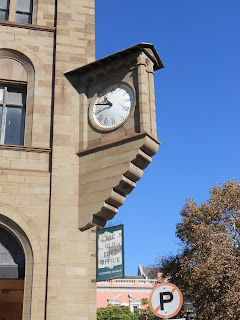 The Old Harbour Board Building
The cornerstone of this building was laid on 14 January 1904.  The outside of the three-story Art Nouveau building is beautiful with all the decorations.  Inside there is a wooden staircase to the second floor.  It was declared a National Monument on 2 August 1968.  It was also known as “The White Building” and was used by for harbour administration offices for more than 70 years.

A Port Elizabeth college, Ed-U Varsity, now uses the building but it also looks a bit neglected.  The paint seems old and some plants are growing in the water gutters. 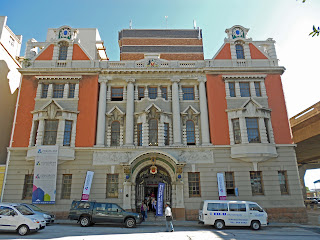 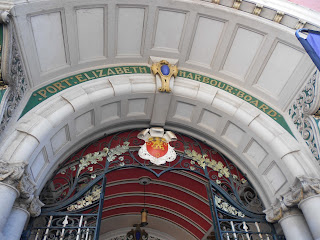 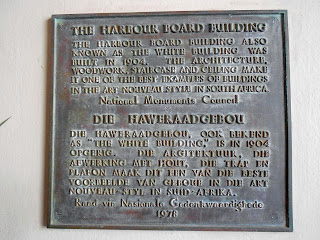 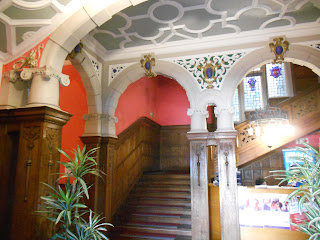