June 21, 2012
Port Elizabeth has some lovely old buildings from the 19th century.  It may not seem very old compared to some European buildings but it is some of the oldest in South Africa.  Some are in a very good condition but most (in the city center) are neglected and are falling apart.  Here are some of the buildings that are looked after.  Most of them was built as houses but are now used by businesses.

The Athenaeum Club
The Athenaeum Club was founded in 1850’s to promote cultural activities. The building was opened in 1896 and was declared a National Monument in 1980.  It is now the Little Theatre. 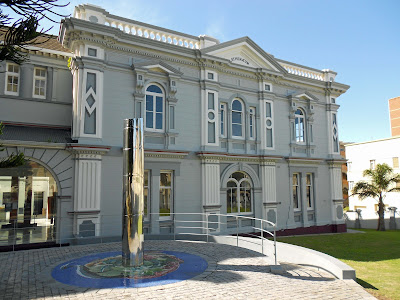 Pembridge House (13 Bird Street)
This house was built in 1844 and was altered in 1880’s.  It is named after the London address of the merchant who lived in the house in the 19th century.  Currently it is used as an office for attorney’s. 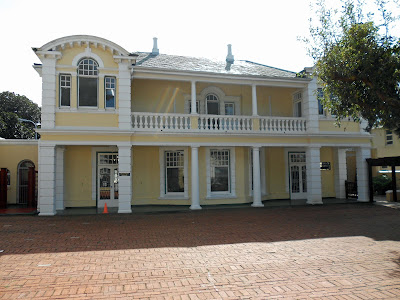 This was the first gentlemen’s club in Port Elizabeth.  The club started in 1866 and the present building was opened in 1906.  The big fig tree at the entrance is over 100 years old.  Some of the famous visitors to the club were the Prince of Wales in 1925 and the Royal family in 1947.  The club still uses a part of the building but the rest was converted to offices.

Fleming House (20 Bird Street)
William Flemming built this house in 1851.  Prince Alfred and his party stayed here during their visit to Port Elizabeth in 1860.  It was bought by the University of Port Elizabeth and is used as the Business School. 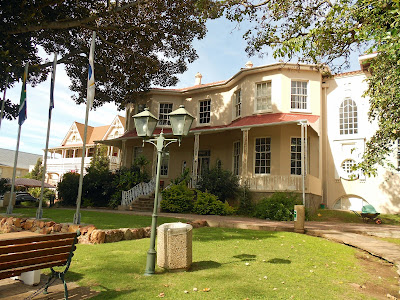 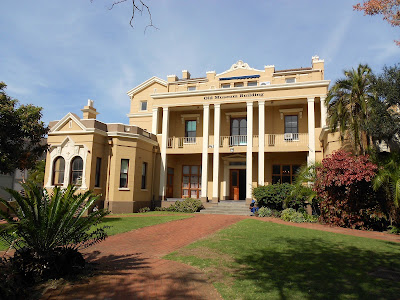